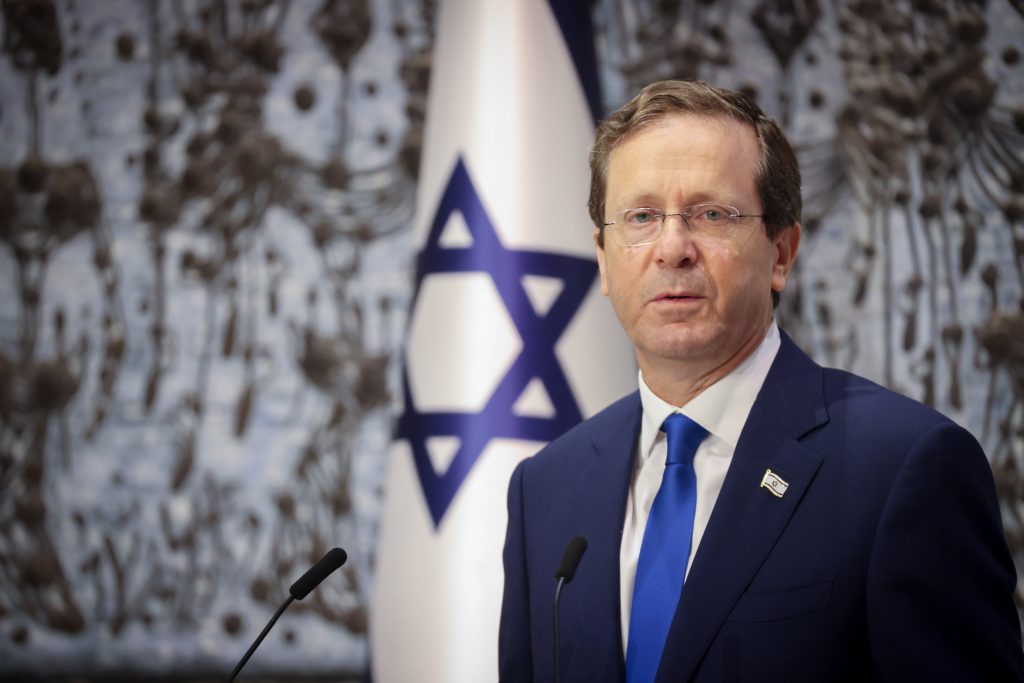 Israeli officials plunged ahead Wednesday in a campaign of retaliation against Ben & Jerry’s decision to terminate sales of its ice cream in Yehuda and Shomron at the end of next year.

President Isaac Herzog joined in the condemnations, saying “the boycott against Israel is a new type of terror, economic terror, a terror that tries to harm Israeli citizens and Israel’s economy.”

“The BDS campaign is not pursuing peace and is seeking to undermine the State of Israel’s existence,” he said at a ceremony honoring past presidents and prime ministers.

The Palestinian Authority foreign ministry disputed Herzog’s comments. “The occupation is terrorism itself. It is the worst kind of terrorism,” the ministry said in a statement.

“The Israeli president should thank Ben & Jerry’s. They’re an alarm bell. Either Israel wakes up from its occupation and works to end it, or it will face a total boycott,” the PA added.

Interior Minister Ayelet Shaked declared that Israel is working with Jewish and evangelical communities, as well as pro-Israel groups in the U.S., to mount a boycott of the ice cream maker “until they change their despicable decision.”

“Ben & Jerry’s International chose to [appease] terrorist and antisemitic organizations instead of being faithful to its Israeli licensee,” she said at the factory, The Times of Israel reported.