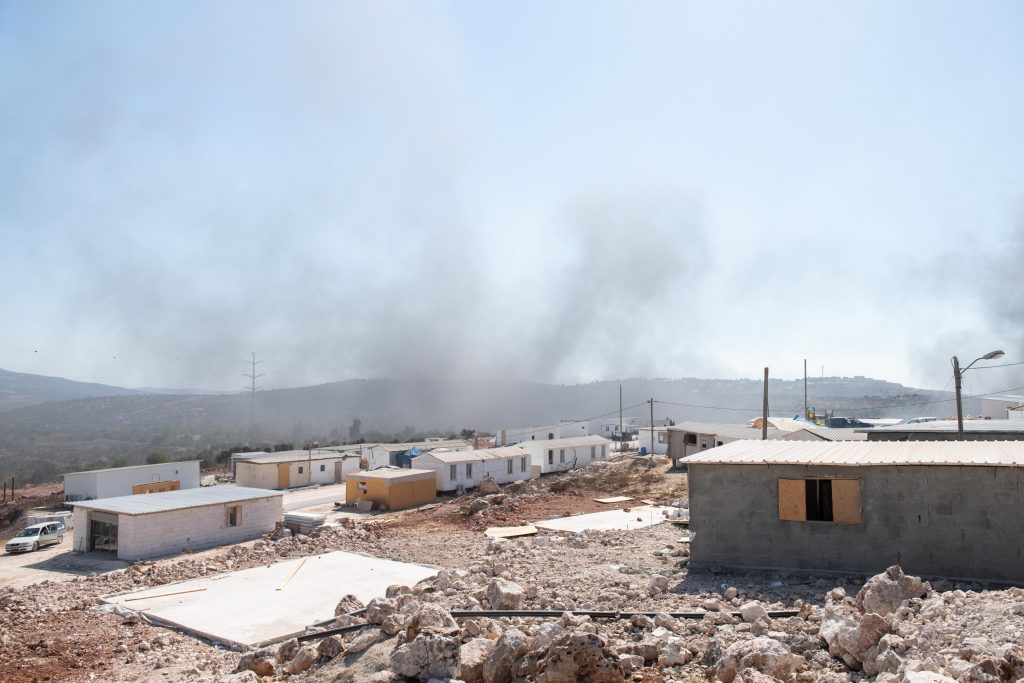 Hundreds of right-wing activists on Monday demonstrated against illegal Palestinian construction in Yehuda and Shomron, The Times of Israel reported.

The protests were held in the Chevron Hills, Binyamin, the Etzion bloc and elsewhere in the region. About 100 people marched from the Tapuah Junction to the Evyatar outpost, which is set for demolition.

The protesters accused the Israeli government of a policy of indifference to rampant illegal Palestinian building in area C, which comprises about 60 percent of the territory, and is under full Israeli security and civil control.

Israel does demolish some Palestinian structures in Area C that lack the necessary permits. Palestinians say obtaining permits is extremely hard. Between 2016 and 2018, only 21 of the 1,485 Palestinian applications for construction permits in Area C were approved by the Defense Ministry, or 0.81 percent.

As a result, the Palestinians build without permits, and the Israeli authorities are not preventing it.

Yossi Dagan, the head of the Shomron Regional Council, said that enforcement of building laws is far from favoring the Jewish population. He said the event was aimed at raising awareness of the “reality and the hypocrisy” of Israel’s uneven response to unapproved Jewish and Palestinian building in the area.

“This is political persecution against the residents of Yehuda and Shomron,” he said.

The protests came as the military authorities on Sunday rejected an appeal against the planned evacuation and demolition of Evyatar.

“The Evyatar outpost was established illegally. Everything was done in complete violation of the law and without any proprietary or planning agreements,” the IDF Central Command wrote in its ruling.

The residents can still take their case to the High Court, but there is little, if any hope, that the judges there will be any more sympathetic than the IDF.

The surrounding area has recently become a deadly flashpoint for Israeli-Palestinian conflict. Palestinians near the adjacent Beita hurled stones at troops and burned Israeli land, and IDF troops responded with non-lethal and live bullets. In recent weeks, four Palestinians were killed by Israeli gunfire in the clashes.