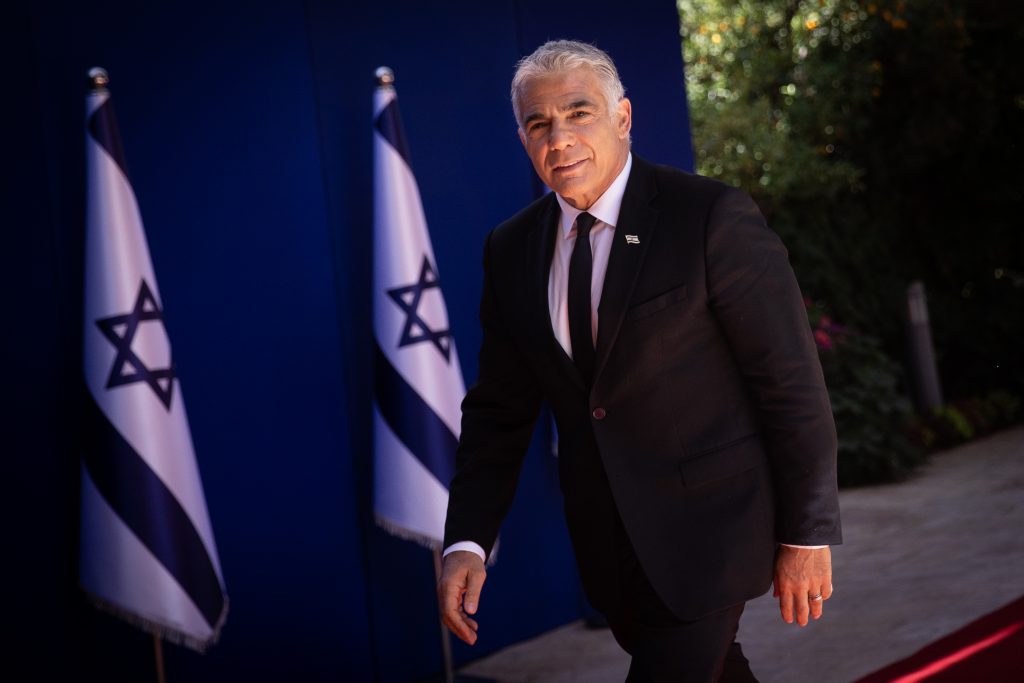 Foreign Minister Yair Lapid condemned those who chanted “Death to Arabs” at the Flag March in Yerushalayim on Tuesday evening.

Lapid said he agreed with Public Security Minister Omer Barlev’s decision to approve the march and “on the excellent management of the event.”

But the right to march does not excuse such behavior, he said: “The fact that there are extremist elements for whom the Israeli flag represents hatred and racism is abominable and unforgivable.”

“It is inconceivable how one can hold the Israeli flag in one hand and shout ‘Death to the Arabs’ at the same time. This is neither Judaism nor Israeliness, and that is certainly not what our flag symbolizes. These people are a disgrace to the people of Israel,” he said in a tweet.

An Israeli was lightly to moderately injured after Palestinians threw rocks at his vehicle on Highway 55 near the Jewish community of Karnei Shomron. The person was taken to a hospital for treatment.