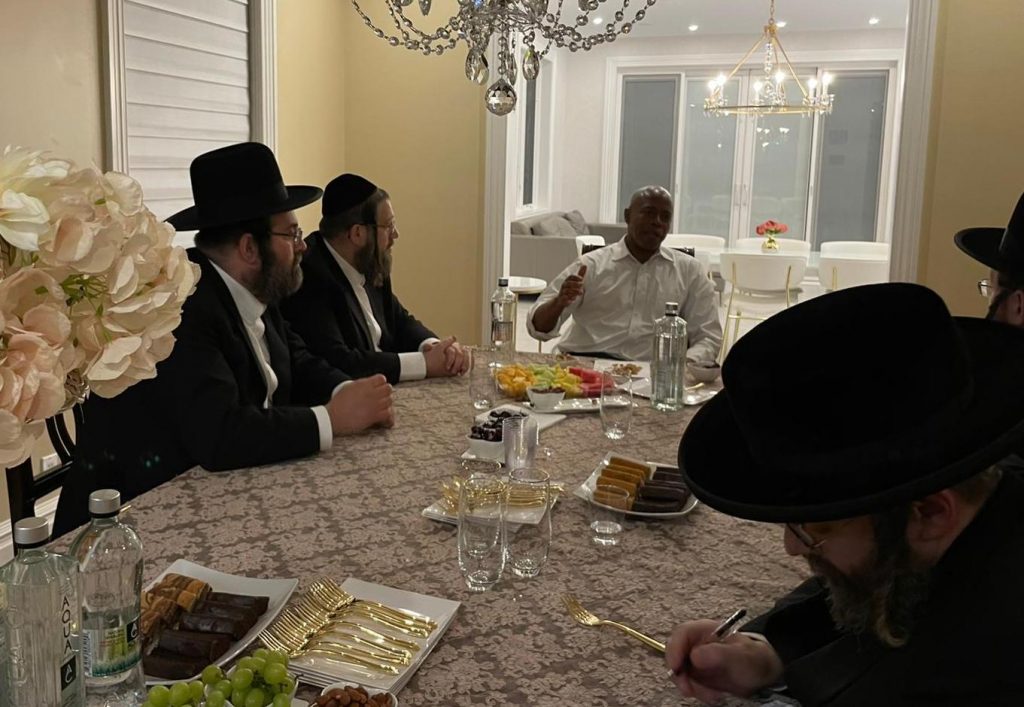 The endorsement of Adams as the first-place vote and Andrew Yang as second place followed a meeting late Tuesday that Adams held with the activists that went past midnight, and was formally announced in an ad Wednesday in Der Blatt, the community’s newspaper.

Two weeks ago, an endorsement flyer with the banner “Williamsburg United” appeared as an ad in Yiddish newspapers, and included the names of activists of 10 Williamsburg Chasidic groups, including two activists from this Satmar group. The flyer mentioned Yang in large letters on top, with the names of Adams and Stringer below in smaller type. This was widely interpreted as an endorsement of Yang for the first-choice vote, Adams second and Scott Stringer third, in the new ranked-choice system.

But in an interview with Hamodia Wednesday afternoon, Rabbi Moishe Indig, one of those who signed both letters, rejected the notion that Wednesday’s announcement is a reversal of the endorsement given two weeks ago.

“Many community leaders were supportive of Yang,” said Rabbi Indig. “He has made great promises to us, and he may be a great mayor. But we have longstanding relationships with Adams and Stringer, who have been here for the community. I agreed to go along with that endorsement letter two weeks ago supporting all three candidates on condition that it did not say where to rank each of them. I had never intended — and that letter doesn’t explicitly say — where any of the candidates should be ranked. The fact that that letter had Yang’s name larger than the others was okay with me; I knew that most of them preferred Yang, and I was fine going along with that letter for the sake of unity. But no explicit ranking was ever given.”

Indeed, in their own endorsement letters that appeared in Der Blatt last week, leaders of Satmar-R’ Aaron had also listed the three candidates but without a ranking, whereas rankings were listed in the endorsements of other local races.

Rabbi Indig said leaders were prompted to finally list a ranking now that it is just days away from the June 12 start of early voting. (Primary Day is June 22.) He said that he and the other leaders decided to rank Adams first due to their appreciation of his longstanding relationship with the community, but that “we think Andrew Yang is a nice person, and he is also high on our endorsement list.”

Adams built ties with the Orthodox community during his years as a state senator and in his current position as Brooklyn borough president. But Yang, a political newcomer, locked up an early wave of endorsements in the Orthodox community — from the coalition of Williamsburg activists and a similar coalition in Boro Park (which included activists from both Satmars in Boro Park), as well as Assemblymen Daniel Rosenthal and Simcha Eichenstein, and Councilman Kalman Yeger — largely due to Yang’s strong stances in favor of yeshiva independence and against the BDS movement.

Adams recently got his own flurry of endorsements in the Orthodox community, from coalitions in Far Rockaway, Flatbush and Crown Heights, as well as the Sephardic Community Federation.

And Adams has expressed frustration over the endorsements of Yang.

At the meeting Tuesday night, Adams thanked the leaders for their endorsement and again took a shot at Yang’s supporters.

“This is a very significant moment for me in my political career,” Adams said of the endorsement. “I’m here with leaders of the Satmar community. And these are not new friends; these are old friends, and today,  receiving their endorsement, they’re saying to everyone in the city that those who are elected and stood with us, we’re going to stand with them. And this was a very significant moment for me, because this community knows me … And anyone that acknowledges old friends, are people you have friendship in the future with as well.”

Adams also vowed that the Big Apple would have a quick improvement under his mayoralty. “Within one year,” he said, “you’re going to see a different city.”

Yang burst into the race in January, with strong name recognition from his 2020 presidential run, and boosted by his signature “universal basic income” proposal, an energetic vibe and a spirited team of supporters known as the Yang Gang. Early polls showed Yang with a double-digit lead.

But he has struggled recently as voters have become more familiar with the candidates.

A poll by Spectrum News NY1/Ipsos released Monday shows Adams now has 73% name recognition, a 20-point increase since its April survey. Yang still has the most name recognition, with 85% of voters familiar with him, an 8-point rise since April.

Adams’ policing policy is among the most conservative in the Democratic field. He has made it a key campaign issue, and has seen a boost as shootings and murders in the city continue to soar.

Yang, on the other hand, has been criticized recently for lack of familiarity with several issues reporters have questioned him about, including 50-a (the repealed law that shielded police disciplinary records) and the size of the debt of the MTA, an agency he has said he wants the city to take over from the state.