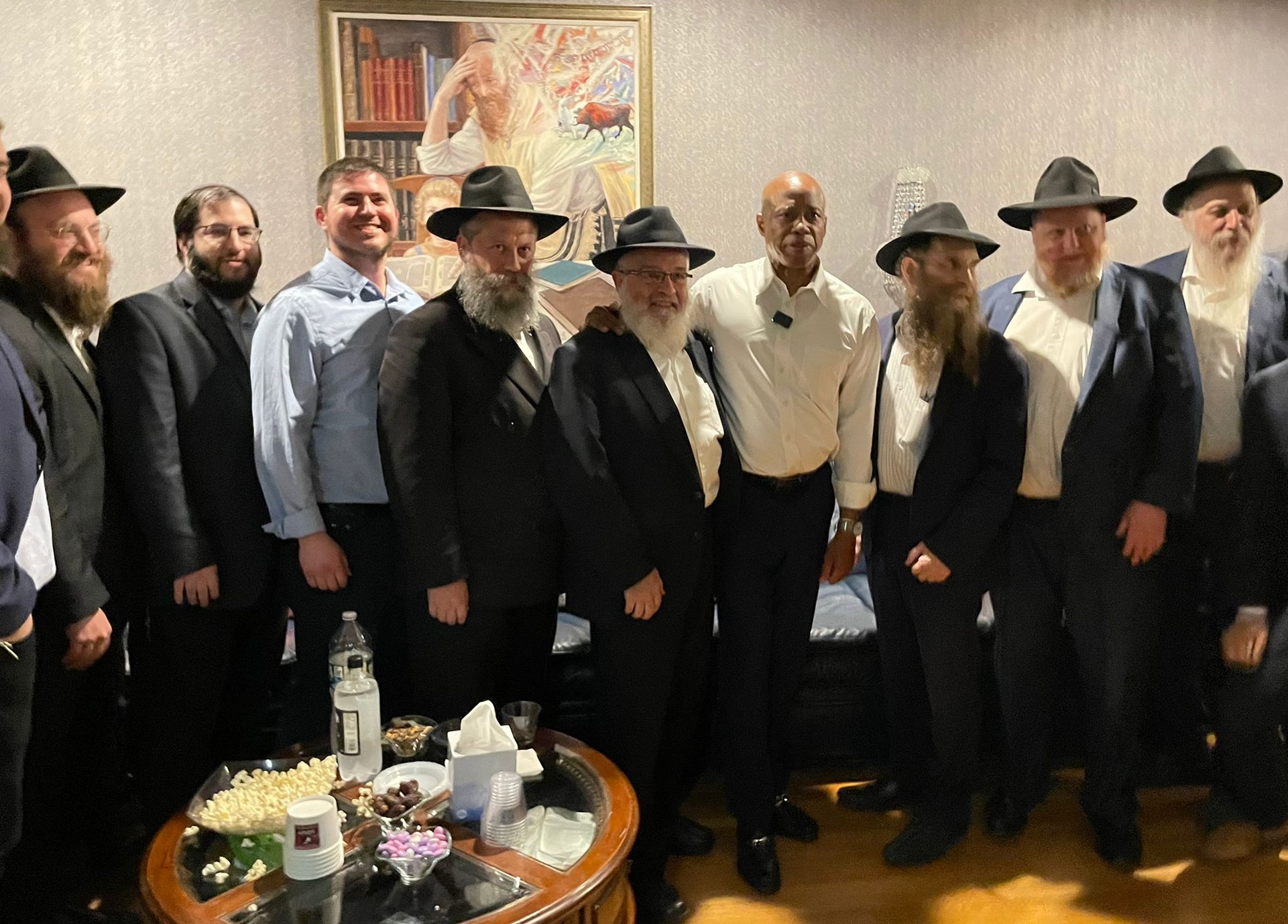 Mayoral candidate Eric Adams received the support of a coalition of activists from the Chabad community in Crown Heights Tuesday night, giving Adams his first endorsements from Orthodox Jewish activists, who until now had virtually all thrown their support behind Andrew Yang.

“Eric Adams represented us in the state Senate and as Brooklyn borough president, and he has been a long-time friend to our community,” Rabbi Yaacov Behrman, one of the endorsers, told Hamodia on Wednesday. “He has celebrated with us in good times and mourned with us in bad times. His friendship has earned our loyalty and support.”

Adams tweeted Wednesday that he is “proud to have earned the unified endorsement of the Jewish community in Crown Heights, a testament to our long-lasting friendship and deep mutual respect.”

Orthodox communities generally favor officials who support “tough on crime” policies, particularly the Crown Heights community, which has suffered for years from crimes, racially motivated and otherwise. Adams, a former NYPD captain who was beaten by police as a youngster, has for years called for racial justice but has also argued against more progressive approaches such as defunding police. He is viewed as perhaps the toughest on crime from all the Democratic mayoral candidates, and has made fighting crime the signature issue of his campaign. 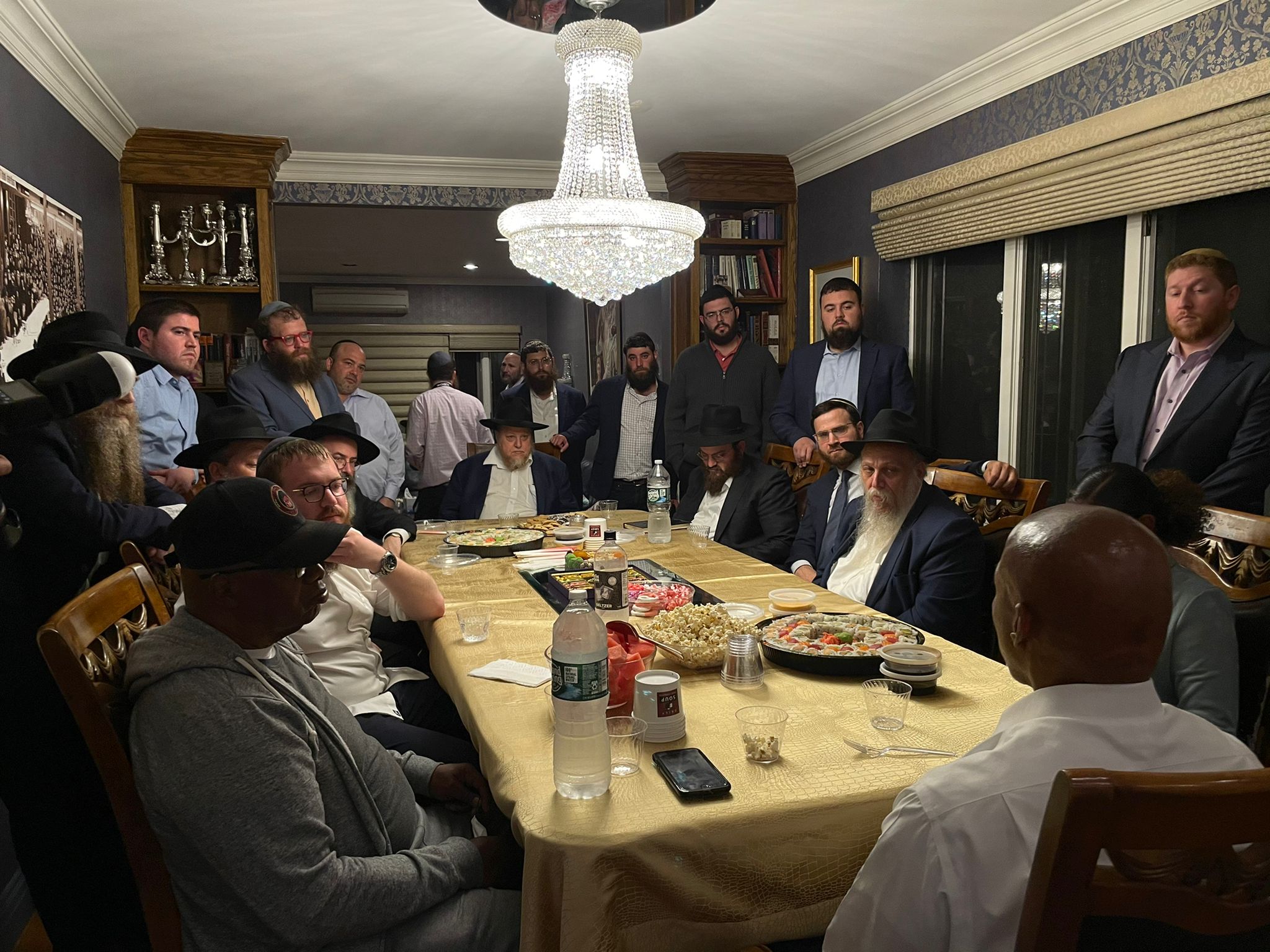 Crown Heights businessman Menachem Light, who hosted the event, said that he had been forced to hire his own security due to rising crime.

Most polls show Adams, the Brooklyn borough president, in a close battle with Yang, an entrepreneur who has never held public office, for first place in a crowded field of candidates.

Yang has garnered unanimous support of activists representing yeshivas and Chassidic groups in Boro Park and Williamsburg, as well as three Orthodox elected officials. Prior to Tuesday night, the only Orthodox endorsements in the mayoral race to have gone to candidates other than Yang were by The Jewish Press, which supported Adams, and former Queens Assemblyman Phil Goldfeder, who endorsed Scott Stringer.

For most of the Orthodox Yang endorsers, the primary issue has been Yang’s unequivocal stance, since he joined the race early this year, in favor of yeshivas’ independence from government oversight in designing their secular-studies curriculum. Adams’ position on the issue has wavered; he initially said he would enforce state-imposed guidelines, but subsequently visited a yeshiva and has taken a pro-yeshiva position.

Asked by Hamodia whether he had any concern about Adams’ position on yeshivas, Rabbi Behrman replied, “In order to truly appreciate the importance of preserving yeshiva education, you have to know our community and understand our culture. Adams stands out as the candidate most qualified in this area.” 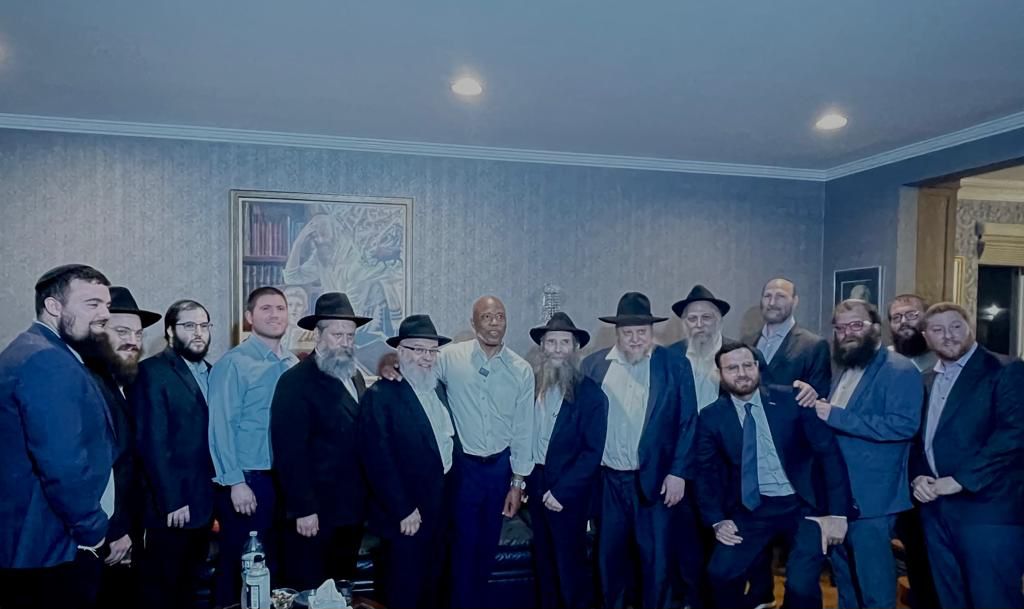 Menashe Shapiro, a consultant to Adams’ campaign, told Hamodia on Wednesday that Adams “cherishes his decades long friendship and partnership with the Crown Heights/Lubavitch community.”

“Dating back to his days in the state senate, Eric has worked with this community on matters ranging from public safety and combating antisemitism to race relations, health care and small-business services,” Shapiro said. “Eric is particularly fond of his strong relationship with the leadership in Crown Heights, and looks forward to maintaining the direct line to the community from City Hall.”

The primary will be held June 22.