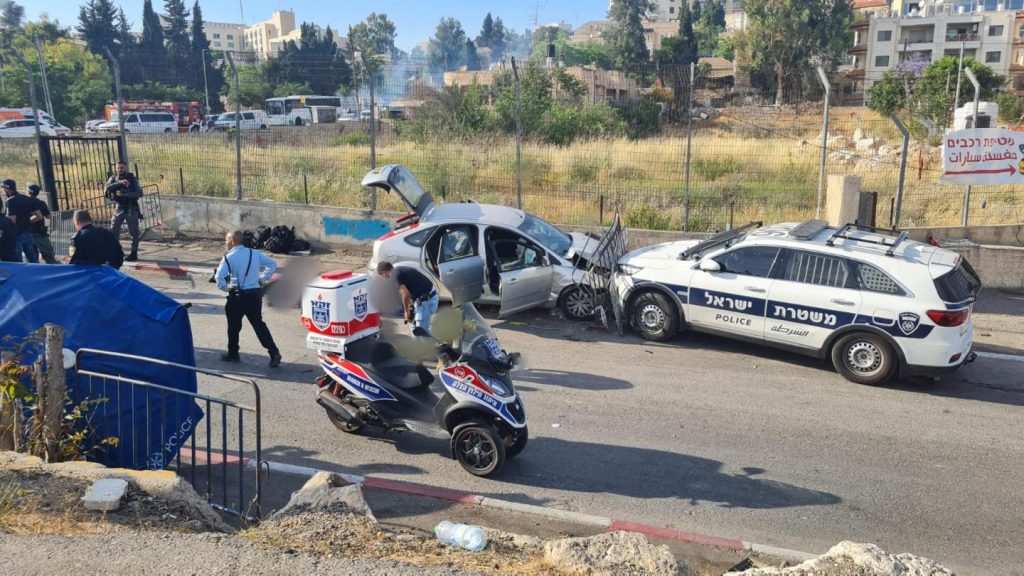 Video of the scene of the car ramming in Yerushalayim. (Compulsory Communication Talk Group)

The vehicle reached a police checkpoint where the Border Police were stationed, and proceeded to hit and run over several policemen. Police responded by firing and neutralizing the driver.

As a result of the attack, four policemen who were injured in varying degrees were evacuated for further medical treatment.

Additional police forces arrived at the scene under the command of the Jerusalem District Commander and began an investigation.