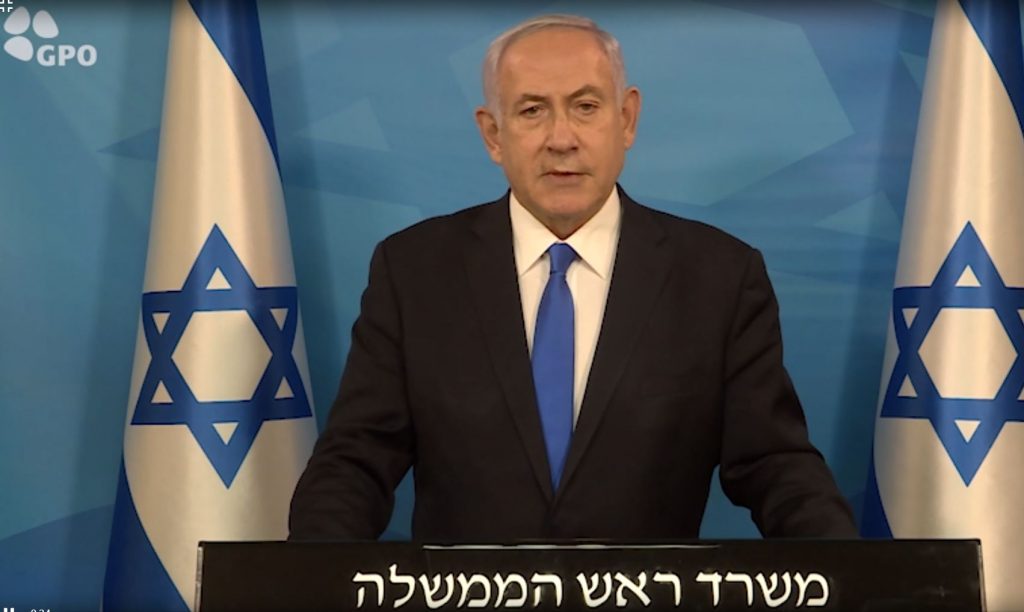 Prime Minister Binyamin Netanyahu addressed the citizens of Israel. The following is a transcript of his words:

Israeli citizens. We are facing two fronts in the battle. One front – Gaza. I said that we would extract a very heavy price from Hamas and the rest of the terrorist organizations, we are doing this and we will continue to do so with great force. The last word was not said and this operation will continue as long as it takes to restore peace and security to the State of Israel.

The second front – the cities of Israel. I said today and I say it again: we give one hundred percent backing to the police, the Border Police and the rest of the security forces to restore law and order to the cities of Israel – we will not tolerate anarchy. We give backing to the police to use all means with all the powers, including the participation of IDF soldiers, including the participation of the GSS – we have given powers of emergency here. All these measures are important, legitimate and necessary to stop this riot within the State of Israel.

I call once again on the citizens of Israel not to take the law into their own hands, whoever does so will be severely punished.

We will act with all our might against enemies from outside and outlaws from within to bring peace back to the State of Israel.