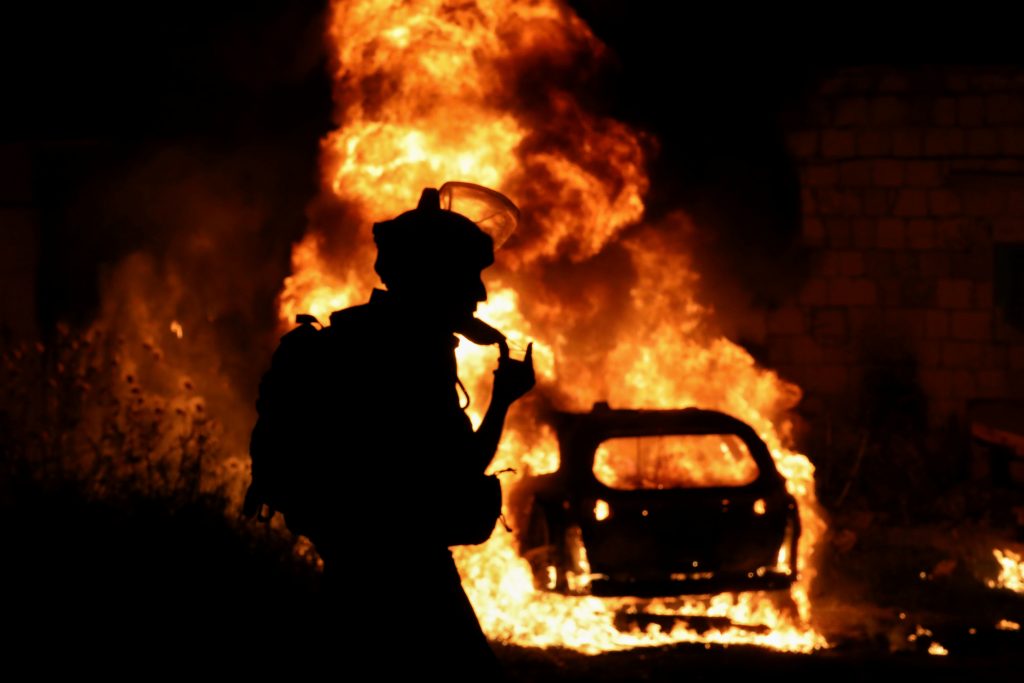 Early Sunday terrorists fired a rocket toward the south of Israel. It fell in an open area. In response, IDF aircraft fired at a terrorist post. No casualties were reported.

Terrorist leader Ismail Haniyeh warned Prime Minister Benjamin Netanyahu in a radio broadcast not to “play with fire” in Yerushalayim.

Israel Police chief Koby Shabtai announced that he had deployed more police in Yerushalayim following clashes over the weekend. The end of Ramadan this week is expected to be another cause for the escalation of conflict, and for security forces being increased for the coming days.

“The right to demonstrate will be respected, but public disturbances will be met with force and zero tolerance. I call on everyone to act responsibly and with restraint,” Shabtai said.

Israel’s Arab allies condemned the violence and there were calls for calm from the United States and Europe and the United Nations. The Arab League scheduled an emergency meeting on Monday.

Prime Minister Benjamin Netanyahu said that law and order would be maintained in Yerushalayim as would the right to worship.