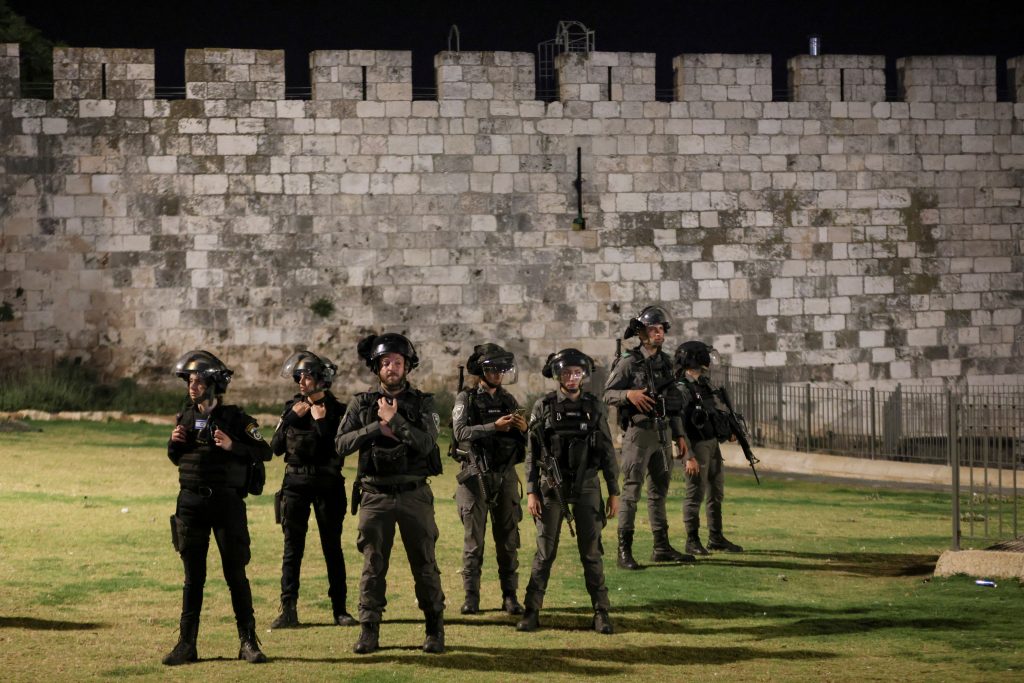 Palestinian terror groups in the Gaza Strip have called for an escalation in the violence centered in Yerushalayim in recent days, according to media reports on Sunday.

Specifically, Hamas urged continuation of the protests in Yerushalayim, saying that Muslim worshippers should gather at al-Aqsa Mosque, or pray at IDF checkpoints at the entry to the city.

Hamas further called on residents of east Yerushalayim to “continue the activities of night confusion,” referring to the ongoing rioting.

The Gaza factions, led by Hamas, claimed that what they termed the current “uprising” was in response to “attempts to Judaize the city.”

This was apparently a reference to a dispute over security arrangements made by Israeli police for the iftar, the breaking of the daylong fast during Ramadan, in the Old City.

Meanwhile, Defense Minister Benny Gantz directed the military to remain on high alert in light of the threat of continued rocket fire from the Gaza Strip, his office said.

According to the ministry, while Israel “respects everyone’s freedom to worship,” it “will do what is necessary to defend its citizens from all aggression.”

Earlier on Sunday, Gantz met with senior officers in military headquarters in Tel Aviv, including IDF Chief of Staff Aviv Kohavi and head of the Shin Bet security service Nadav Argaman, as well as other top IDF generals.

An emergency preparedness drill is scheduled for Monday by the Home Front Command in the city of Modi’in-Maccabim-Re’ut, the IDF Spokesperson’s Unit said Sunday.

The drill will cover means of defending against rockets and the most effective ways of reaching safe areas. Sirens will be sounded in the area throughout the day and residents are asked to practice reaching protected zones.