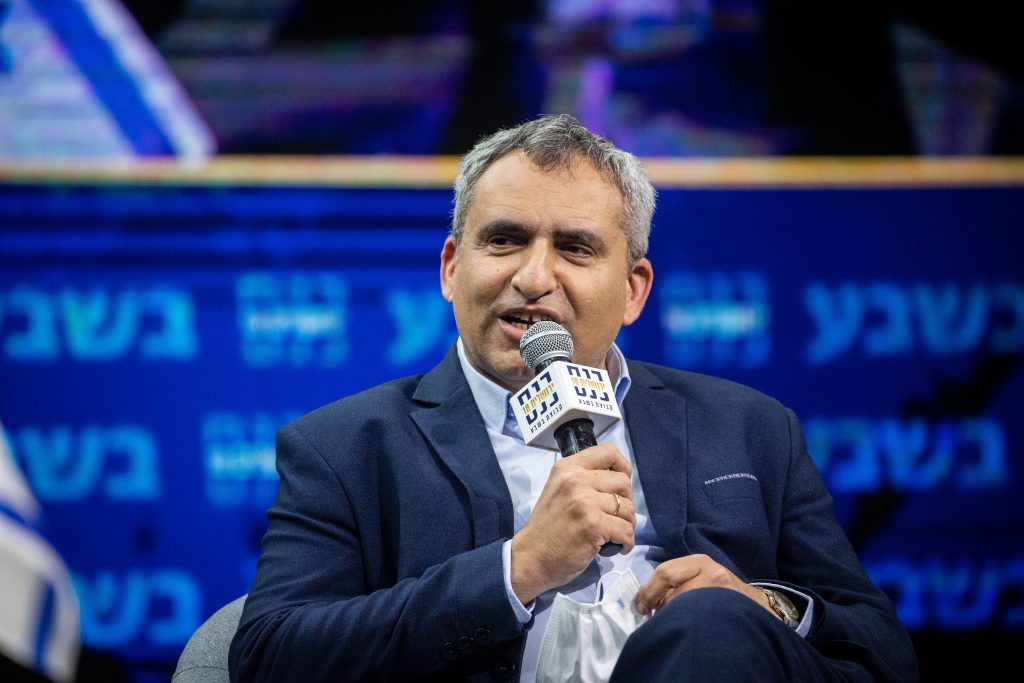 The post-election phase in Israel turned ugly on Monday night when a group of Likud activists verbally attacked the wife of New Hope MK Ze’ev Elkin at their Yerushalayim home.

“You’re a lunatic, you’re a liar, you’re a traitor,” one of them screamed at her.

“Your husband has betrayed Israel. You have betrayed Israel,” he went on, and accused her of “collaborat[ing] with Al Jazeera,” and called her a “Russian traitor.”

Mrs. Elkin, who was alone with her children at the time, filed a complaint with the police. The incident was captured on video.

Ze’ev Elkin, a former Likud minister, left to join the rival New Hope party ahead of the March elections, condemned Prime Minister Binyamin Netanyahu‏‏ for putting his personal interests above those of the country as he sought to avoid going to prison on corruption charges. His defection generated anger against him in the Likud for splitting the vote, and this was the latest in a series of abusive incidents.

“My children were crying in the living room, afraid,” she told Walla on Tuesday. “I don’t even have the words; this is not a legitimate tool, this is not a protest. You can’t take a family hostage.”

She later told Channel 12 that the incident went on for more than an hour. “There was nothing political about it,” she said. “It was pure thuggery.”

MK Elkin was called home from the Knesset early to assist his wife and children, N12 reported.

Likud’s faction chief, MK Miki Zohar, also responded to the incident on Twitter Tuesday, writing: “I too have experienced quite a few demonstrations outside my home, and I have one clear conclusion from this: Family and children are off-limits. Period.”