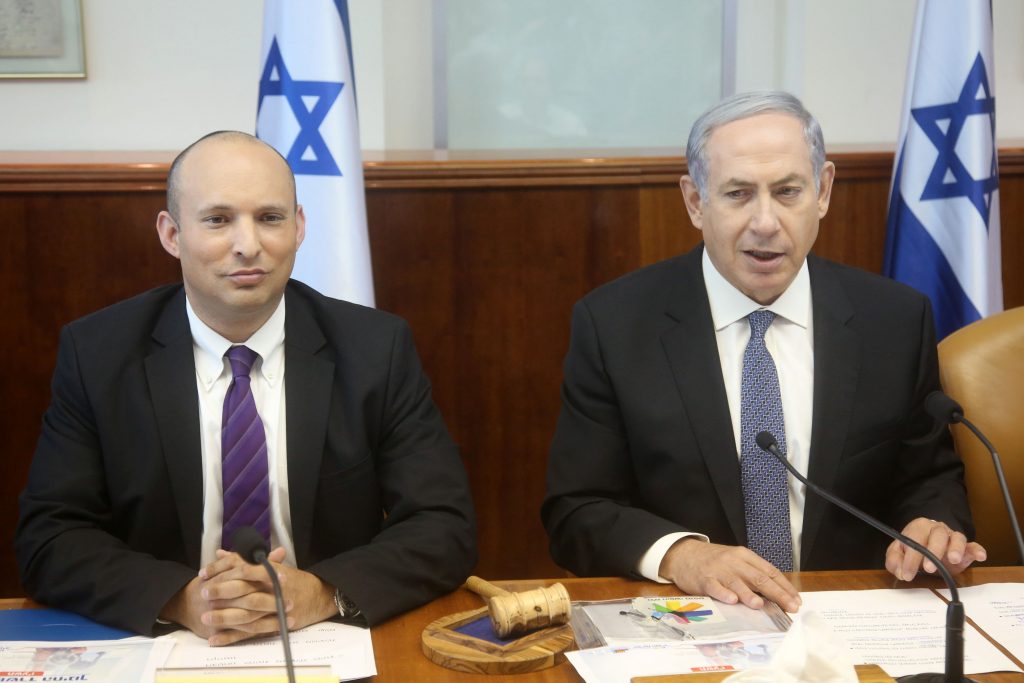 A solution to the current political deadlock has been proposed: a direct election for prime minister.

The idea was pitched to Prime Minister Binyamin Netanyahu‏‏ by Yamina chairman Naftali Bennett, who heard it from Shas chairman Rabbi Aryeh Deri, according to Channel 12.

Netanyahu reportedly was receptive to the idea, which would not entail another round of voting for the Knesset. Backed by Netanyahu and Bennett, a bill for such a special election is thought to have a good chance to pass in the Knesset.

Netanyahu consistently polls as the candidate whom Israelis say is most qualified for the position of premier, though the numbers are below 50 percent.

The last time a direct election was held in Israel for the premiership was in 2001. It was not considered a success, and was subsequently dropped, leaving the existing system in which Israelis vote for a party, and the head of the party who gets the most votes is normally given the first opportunity to form a government.