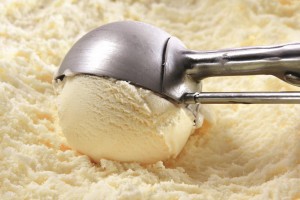 A 23-year-old woman with a milk allergy died on Wednesday night after she was served dairy ice cream at a kosher meat restaurant in northern Israel.

Police opened an investigation into the incident, shutting down the restaurant in Rosh Pinah and detaining five employees, including the owner and the chef, on suspicion of negligent homicide. The suspects were released to house arrest after law enforcement determined that they had not acted intentionally.

The victim was later identified as Osher Deri, a”h, from the nearby town of Chatzor Haglilit.

Deri was rushed to Tzfas’s Ziv Medical Center when she started feeling unwell after eating her dessert. Doctors were forced to declare her death shortly upon her arrival.

An initial investigation found that the victim had ordered ice cream, assuming it was pareve as the restaurant would not serve dairy.

The chef said that he had earlier noticed that they were out of ice cream and ordered a co-worker to run to the store and purchase more ice cream. However, the employee mistakenly bought dairy ice cream.