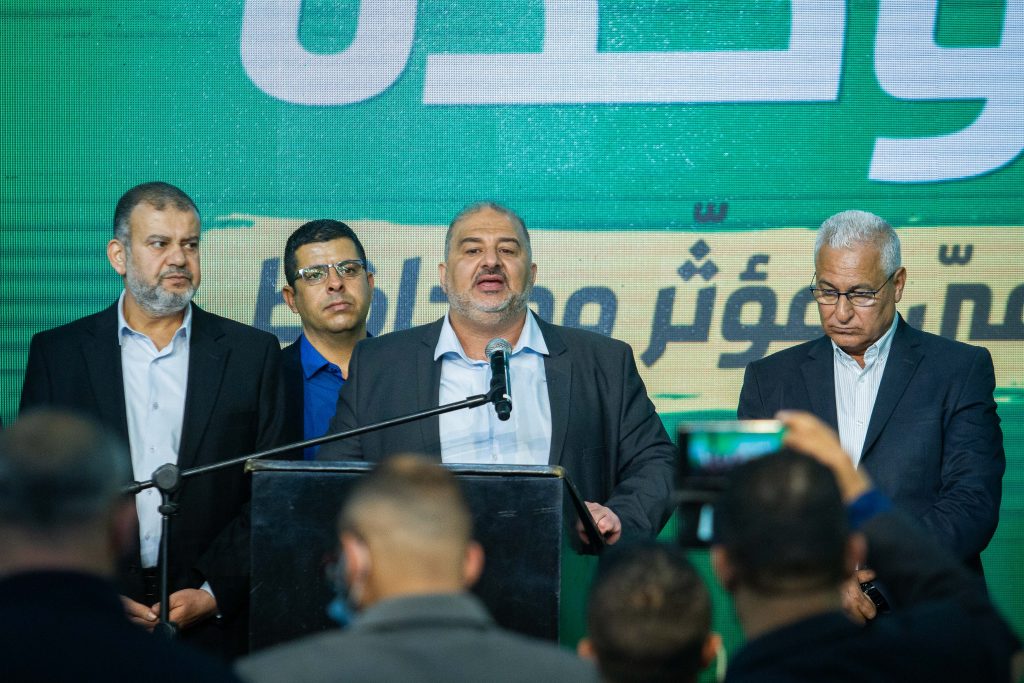 The Arab Islamist Ra’am party sent out conflicting messages on Wednesday regarding which bloc it might join or work with to form a coalition.

Ra’am seemed to rule out a deal with Netanyahu. The party’s chief negotiator Shua Mansour Masarwa told Channel 12 that “we won’t sit with racists who threaten us, who threaten Al-Aqsa,” an apparent reference to the Religious Zionism party, which has aligned with the Likud.

“There are other options for a government,” he said. “According to all indications, Netanyahu does not have a coalition. As we see it, the center-left is closer to the voters of Ra’am and the Joint List.”

However, earlier in the day, Ra’am party leader Mansour Abbas was not saying whom he feels closer to. He told Channel 12 that “Ra’am’s approach is to not rule out anyone who doesn’t rule us out. If a ruling party makes contact, Ra’am will hold the process appropriately and respectfully, our partners would be a ruling party and a candidate for prime minister, not their satellite candidate.”

Abbas also indicated that he would consider a seat at the coalition table, not just a deal to support it from outside.

“We want to use not only parliamentary tools, but Cabinet tools to accomplish things for the benefit of Arab society,” he said in an interview with Army Radio on Wednesday.

Previous post-election phases were about Arab parties supporting the center-left, as in the case of Benny Gantz’s Blue and White last time around, a prospect for which he was pilloried by Netanyahu.

The Times of Israel noted the switch, saying on Wednesday that “f Prime Minister Netanyahu manages to get Ra’am to join, it would be an almost fantasy coalition, consisting of members of the Islamic Movement alongside the neo-Kahanist and anti-Arab Itamar Ben Gvir.” Gvir merged his Otzma Yisrael party with Bezalel Smotrich’s Religious Zionism, helping it to not only clear the electoral threshold, but to gain seven Knesset seats, far more than anyone had predicted.

In the meantime, Abbas says he hasn’t yet been contacted by Netanyahu, though he was reportedly set to have a meeting with Yesh Atid leader Yair Lapid.

On the Likud side, there were mixed messages as well. Deputy Health Minister Yoav Kisch of Likud told the Kan public broadcaster that Abbas “will definitely not be part of the government.” He said that if the pro-Netanyahu bloc fails to attain the necessary 61-seat majority, “we are heading to fifth elections.”

On the other hand, Likud MK Tzachi Hanegbi told Channel 12 that “in the current situation, we view Mansour Abbas as a potential possibility [for coalition partner].”

Coalition whip and Likud faction chairman Miki Zohar said in a tweet: “It is our duty to do everything, and I mean everything, to prevent fifth elections.”