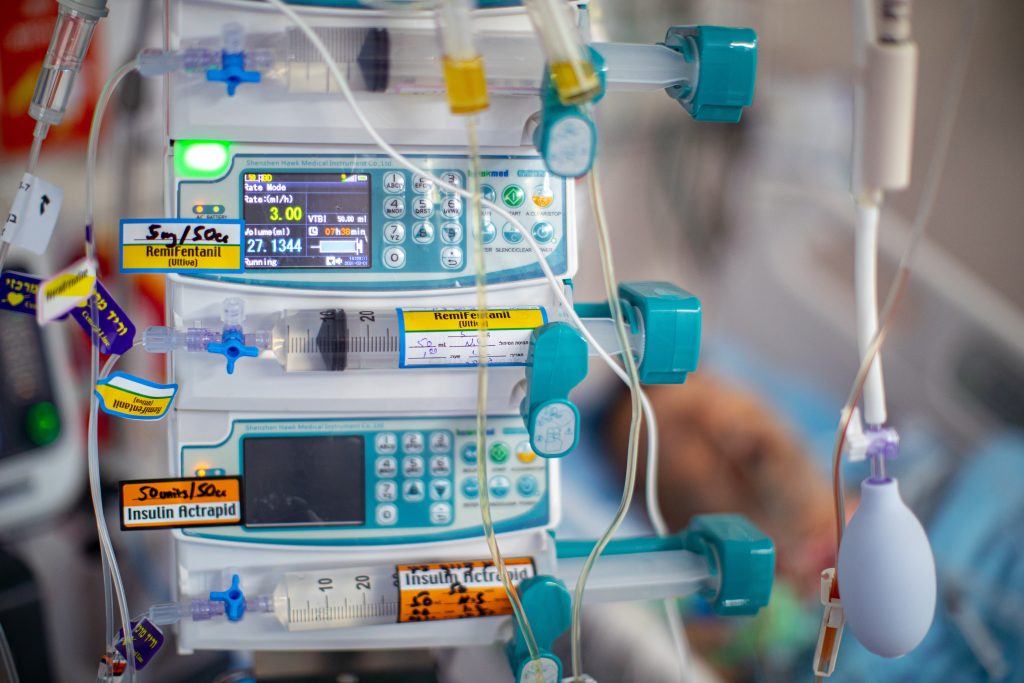 “My daughter was plucked from us in her 30s with four children,” her mother Mrs. Roni Sianni, told Channel 13.

Mrs. Ben Shitrit, from Har Shmuel, was admitted to the hospital last Tuesday when she began experiencing respiratory distress. Her condition quickly deteriorated until she suffered from multisystem organ failure.

Despite the mother being hooked up to an ECMO machine and the heroic work of the staff, she succumbed to the virus. She had no underlying medical conditions.

She was buried Sunday afternoon on Har Hamenuchos in Yerushalayim.

Her mother and sisters urged people to get the vaccine shots.

Mrs. Sianni said that her daughter had wanted to be vaccinated, but was concerned about its safety for expectant women.

A family member of Mrs. Ben Shitrit told Kan News that he had set up an anti-vaccination social media group that grew to thousands of members, and that he is still a member of several other groups.

The man, who was not identified in the report, said that following Ben Shitrit’s death he suspended his own group, but remains in the others.

Israel opened up vaccination to expectant women last month after it became clear that the third wave of coronavirus is striking younger people.