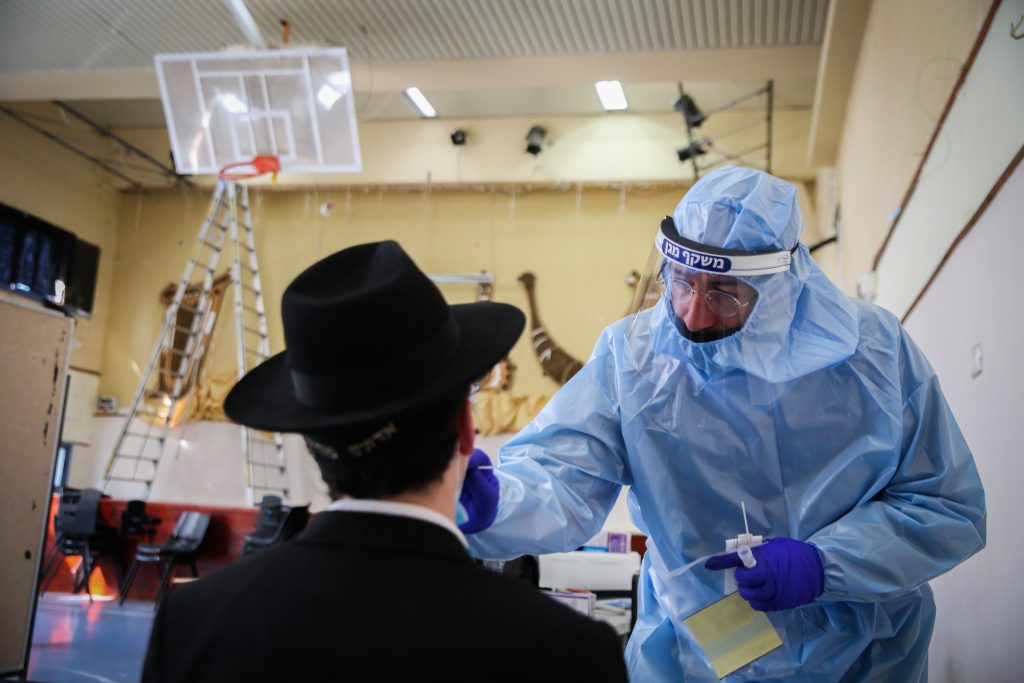 3,389 Israelis were confirmed with COVID-19 on Friday and an additional 1,164 were found to be infected on Shabbos, according to the Military Intelligence taskforce at the Health Ministry.

There are currently 847 Israelis with COVID who are hospitalized in serious condition.

The R factor that determines the spread of coronavirus in the community was found to be 0.79, indicating a drop in contagion from the virus.

Health Minister Yuli Edelstein said Sunday that more than 3.2 million Israelis are immune to COVID-19 and are free to enter gyms, hotels and cultural events. “Thus far, out of 4,300,000 vaccines administered, more than three million have already received two doses of the vaccine,” Edelstein said.