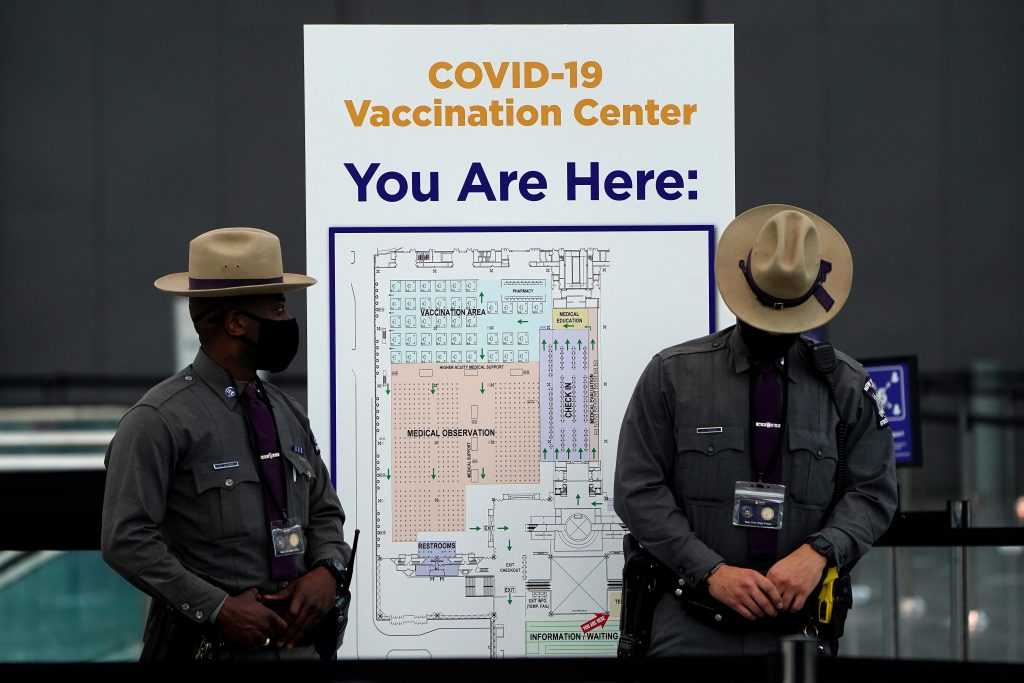 Millions of New Yorkers with health conditions that leave them at high risk of illness from COVID-19 can theoretically sign up for appointments at state-run vaccination sites starting Sunday, but a lack of vaccine supply means many will be frustrated in their search for a shot.

The website for state-run vaccination sites allowed people to check a box indicating they had an eligible comorbidity starting Sunday, but many attempts to book an appointment yielded a message that said, “Due to high volume, appointments can’t be made at this time for this location. Please try again later.”

New York’s vaccination rollout has sped up in recent weeks, but residents across the state have struggled to get appointments, particularly in rural areas that have few pharmacies and are far from state-run mass vaccination sites that can inoculate anyone who’s eligible.

Pharmacies can only vaccinate people over the age of 65, while hospitals have been prioritizing health-care workers.

Cuomo has promised supply will go up now that New York is set to receive 20% more in supply over the next three weeks. That could amount to at least 60,000 more doses each week, based on the state’s data.

New York still hasn’t provided a first dose to about 9,500 nursing-home residents and 25,000 staff members who’ve said they wanted to be vaccinated under a federal program that launched in December. The state said it’s vaccinated about three-fourths of residents but just half of 131,000 staff at nursing homes that have seen a spike in cases and infections this winter.

New York now has the nation’s second highest average of daily new COVID-19 cases per-capita over the past seven days, second only to South Carolina.

Cases are dropping in most states, but are flat in New York as well as New Jersey and Pennsylvania. New York averaged about 8,650 cases each day over the past seven days — essentially unchanged from the prior seven days.

A winter surge throughout the state that began in November drove COVID-19 hospitalizations up to 8,000 in early January, and as high as nearly 9,300 as of Jan. 19. Since then, hospitalizations have declined overall to about 7,000 as of Friday.