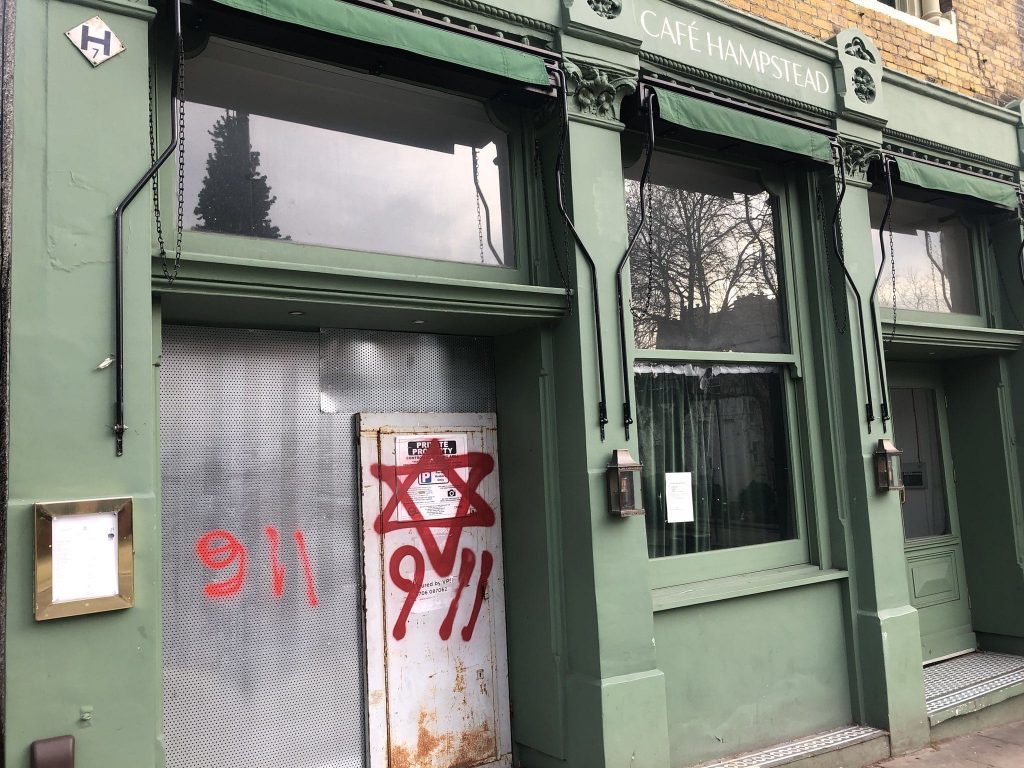 The number of anti-Semitic incidents recorded in Britain has fallen from record levels but still remains high, with conspiracy theories about the COVID-19 pandemic playing a role, a Jewish advisory body said on Thursday.

The Community Security Trust (CST), which advises Britain’s estimated 280,000 Jews on security matters, said there had been 1,668 incidents in 2020, a fall of 8% from the previous year which had been the highest on record.

Despite the decrease, the CST said it was still the third-highest number they had reported since the data was first collected in 1984.

“The COVID-19 outbreak has not merely given rise to a new medium through which offenders express anti-Semitic sentiment; it has provided them with new strands of anti-Semitic discourse as well,” the report said.

The CST said there had been 41 incidents connected to the pandemic, from conspiracy theories of Jewish involvement in spreading the disease for malevolent and financial purposes, to expressions of hope that Jews would catch the virus and die.

Although there were fewer incidents at schools or synagogues because of strict pandemic lockdowns, there was a rise in cases at people’s homes, the report said.

Of the total incidents, 100 were rated as violent, a 39% fall from the year before, although three were classified as “Extreme Violence,” meaning they involved potential grievous bodily harm or a threat to life.

“It is shameful that in the 21st century, the Jewish community still faces racist abuse and the desecration of their synagogues and other religious and community sites,” Home Secretary (interior minister) Priti Patel said.

The record incidents of 2019 were fueled in part by accusations of anti-Semitism in the opposition Labour Party.

In October, the Equality and Human Rights Commission (EHRC) said Labour was responsible for unlawful harassment and discrimination in its handling of allegations of anti-Semitism, leading to the party suspending its former leader Jeremy Corbyn.

The CST said there had been 175 incidents in 2020 connected to Labour, a decline from previous years, although there was a spike at the time of the EHRC report and after the decision to keep Corbyn out of the parliamentary party.