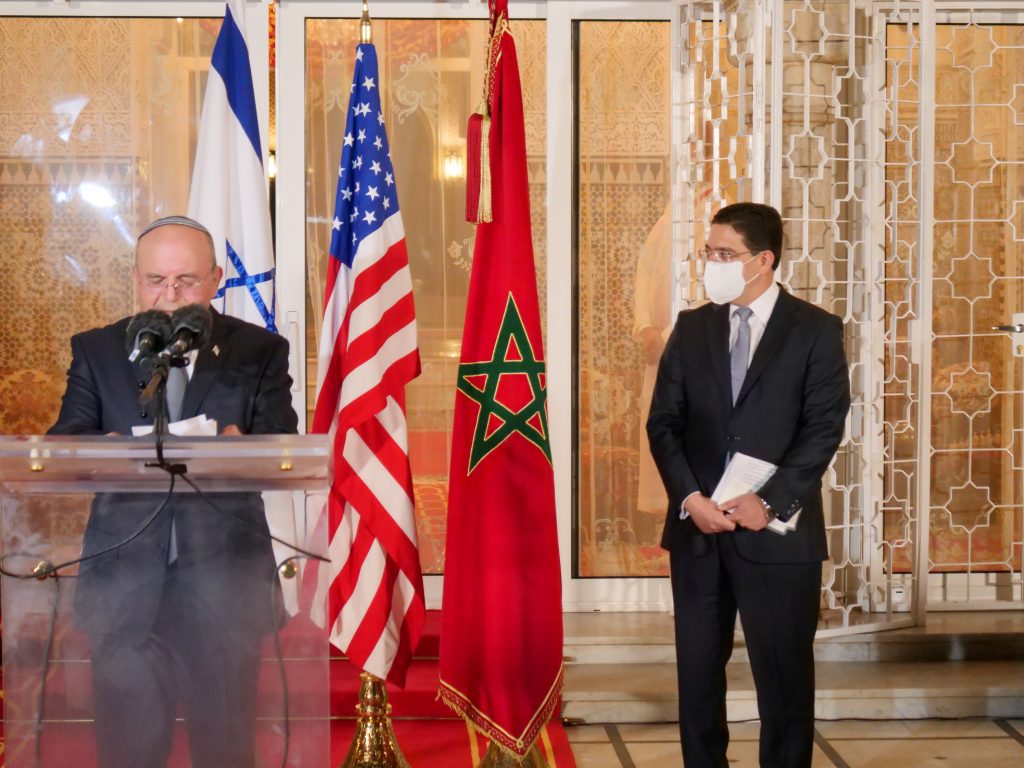 Prime Minister Binyamin Netanyahu is reportedly attempting to arrange a visit of Morocco’s King Mohammed VI to Israel once the coronavirus lockdown has been lifted, Yediot Acharonot reported.

Officials from the Prime Minister’s Office and the National Security Council have been working with officials from the Dar al-Makhzen Palace in an attempt to iron out the details such a trip would entail.

The King, however, is reportedly conditioning his visit to Israel with visiting Ramallah and meeting with Palestinian Authority Chairman Mahmoud Abbas as well.

Netanyahu hopes that the visit can be arranged ahead of the upcoming election in March in the hopes of appealing to the hundreds of thousands of Israeli Jews who trace their roots to Morocco.

The efforts to bring the king to Israel were reported earlier in the month, with the Likud allegedly planning to use the normalization deal with Morocco as a central platform of the party’s campaign.

Diplomatic sources revealed that King Mohammed VI is indeed wise to the Likud’s attempt to use him as part of its campaign and may refuse the offer.

“Negotiations are underway, there are attempts being made, but I have a hard time seeing it happen,” an Israeli senior official told Yediot. “I am aware that the Prime Minister’s Office and the National Security Council want it to happen, but I’m not sure if it will be possible before the elections take place. But the King may surprise us all and come,” he added.

On Sunday, the government officially approved the normalization agreement with Morocco in a unanimous vote, in which Netanyahu praised King Mohammed VI and called the agreement “a historic moment after four peace agreements with four Muslim and Arab states in four months.”