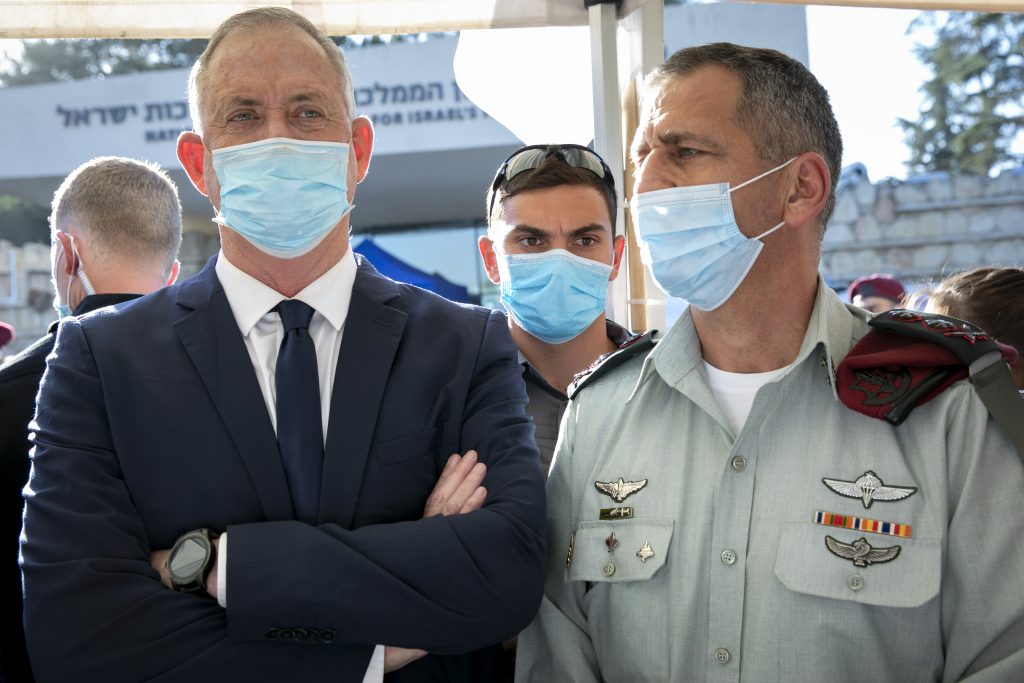 News reports of Chief of Staff Aviv Kohavi’s warning to the Biden administration not to return to the Iran nuclear deal and that the military is drawing up new plans for action against Iran on Wednesday noted that such comments were rare for an IDF officer.

Defense Minister Benny Gantz thought they are rare for a reason—they should not occur at all.

Gantz on Wednesday let it be known that it is not the province of military officers to contribute their thoughts on such sensitive political matters in public.

“A nuclear Iran is a danger to the world, to the region and is a challenge to the security of Israel. Of course, Israel must be prepared to defend itself in any way, but red lines are drawn in closed rooms,” Gantz said.

Amos Gilad, a former head of Military Intelligence, condemned the remarks as counterproductive.

“What are we getting from this? You excoriate the administration in the United States that has barely been in its position for a week instead of having a quiet negotiation to see how to limit the damages of the deal and get some compensation for the IDF,” Gilad said on radio station 103FM.

The Times of Israel noted that “it is unlikely that Kohavi would make such remarks without receiving approval from the Prime Minister’s Office.”

This suggests that he in effect spoke for Netanyahu, making the comments all the more provocative. It also suggests a further disconnect between the prime minister and his defense minister, on a matter of national security.

The PMO refused to comment on the matter, the Times said.