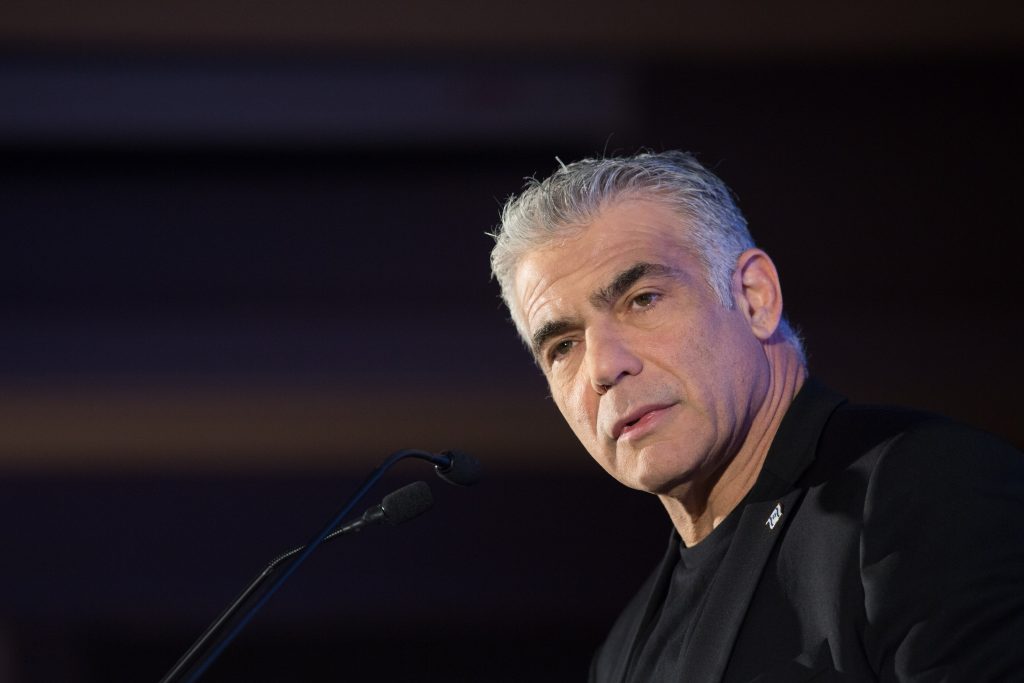 Just hours before Ben Gurion Airport was due to for closure due to the coronavirus, Yair Lapid, head of the Yesh Atid party, arrived back in the country, ending a somewhat mysterious low-profile trip to the U.S.

The trip to Washington, D.C. for political consultations was confirmed to The Times of Israel by Lapid’s spokesman.

The timing of trip, ahead of a February 4 deadline for parties to register their electoral slates, also generated speculation. Politicians are normally in the country at this time, setting strategy and launching their campaigns for the Knesset.

Prime Minister Netanyahu, Lapid and Gideon Saar are all running with the help of American political advisers, not uncommon in Israeli politics.

Lapid has ties to Mark Mellman, a U.S.-based pollster who runs Democratic Majority for Israel, Florida Representative Ted Deutch, and other a longtime friend, and other operatives conncted to the Democratic party.

The question was raised though why he found it necessary to travel to the U.S. to talk with the strategists. The Times of Israel suggested that some quiet fundraising was also on the itinerary, given that his party’s split with Blue and White in the last election campaign will result in a loss of about half of the public financing it otherwise would have received had the parties remained together.

The spokesman said Lapid had not met with any members of the Biden administration, which would want to avoid any appearance of meddling in Israel’s internal politics.

“Absolutely not,” the spokesman stressed. “We are not in D.C. to create a mess.”

Lapid has been fully vaccinated with both doses of the Pfizer-BioNTech coronavirus shot, getting the second one a week before his flight. It was unclear if he will need to quarantine upon arrival.