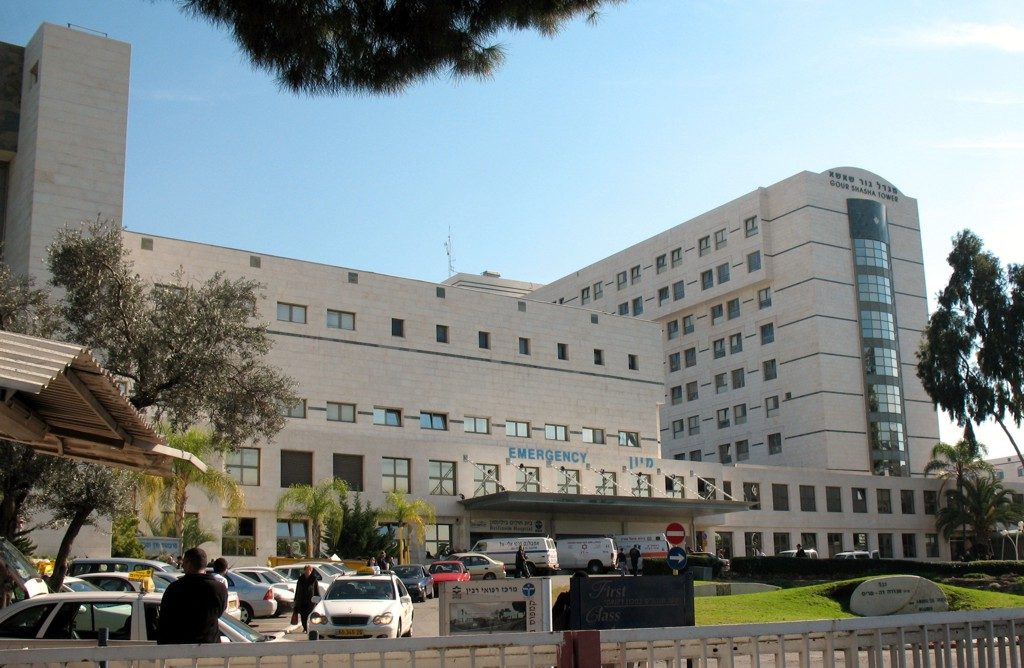 A 35-year-old chareidi woman was hospitalized in critical condition at Laniado Hospital in Netanya with Corona, and after her condition deteriorated, she was transferred to Beilinson Hospital in Petah Tikva, Bechadrei Chadarim reported.

Upon her arrival, the medical staff immediately decided to intubate her due to her serious condition, and to speed her delivery.

After her surgery, the baby was in a stable condition and breathing, and was transferred to the Schneider Center for Pediatrics for neonatal Care. The midwife who assisted with the delivery is in critical condition in the Corona Intensive Care Unit at the Beilinson Hospital and doctors are fighting to save her life. The mother had no pre-existing condition and this is her seventh child.

Prof. Arnon Viznitzer, director of the Women’s Hospital, explained that “this is a violent and more severe wave than its predecessors, which also affects the young expectant population.” Dr. Ilya Kagan, Director of Intensive Care Corona Beilinson said that “the condition of the mother is very serious and unstable. She is in real danger of dying and we are fighting for her life. ”

Two expectant women who tested positive and were in respiratory distress have arrived at Laniado Hospital in Netanya during the past 36 hours.

One of them underwent emergency surgery, and is now anesthetized and ventilated in critical condition in the corona intensive care unit.

Because of the worsening condition of the second woman, who is in her mid-30s, she was transferred to the corona intensive care unit in Sheba-Tel Hashomer from Melania. She is in serious condition and her breathing is supported by a non-invasive breathing aid device. She has not been anesthetized.

On Friday, it was reported that the staff of the Corona treatment department and OB/GYN doctors are fighting for the life of a 31-year-old woman who was stricken with Corona. The woman, a resident of Jerusalem, fell ill with Corona several days earlier. On Friday night, her condition deteriorated and she was transferred by a Magen David Adom ambulance to Beilinson Hospital, where she was anesthetized and intubated.