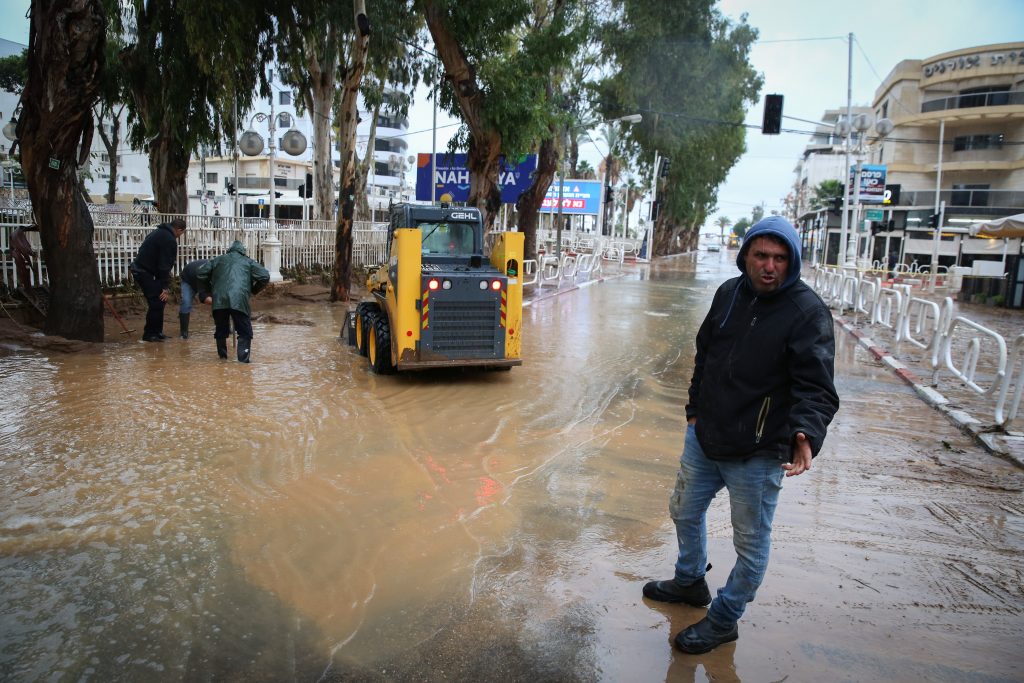 All entrances to the northern coastal city of Nahariya were shut down on Sunday after heavy rains caused flooding.

Streets running near the Ga’aton River were closed to prevent runoff from the overloaded sewage system from contaminating the Kishon river. The central business district was also flooded.

Nahariya Mayor Ronen Marelli said on Sunday afternoon that “the damage is great,” and urged residents to stay in their homes and avoid the nearby Ga’aton river.

B’chasdei shamayim, no injuries were reported, although fire and rescue crews evacuated several people in the HaGa’aton area, according to Ynet.

After previous flooding, the Agriculture Ministry announced that it would be investing NIS 146 million to upgrade drainage facilities across the country, including Nahariya. One of the projects announced included building reservoirs around Nahariya to collecy excess water from the Ga’aton River.

However, it does not seem that the project has yet been implemented.

In the central city of Lod on Sunday evening, strong winds blew a 30-year-old man off the roof of his house, where he was apparently making repairs.

He suffered serious injuries from the fall and was taken by medics to the nearby Asaf Harofeh Medical Center, according to media reports.

More heavy rains are expected in central Israel tonight, with flooding likely in the Judean desert and the area of the Dead Sea.