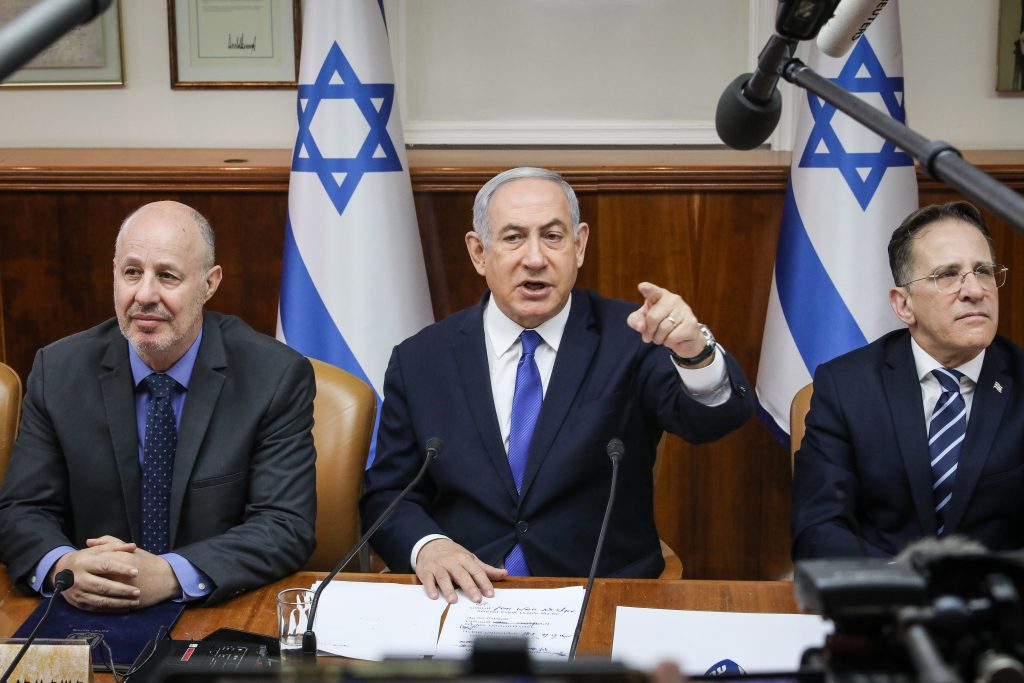 Israel was putting the incoming Biden administration on notice Wednesday that it will not be constrained by a U.S. return to the Iran nuclear deal, and will take whatever action necessary to prevent Tehran from building a bomb.

“If the United States government rejoins the nuclear deal — and that seems to be the stated policy as of now — the practical result will be that Israel will again be alone against Iran, which by the end of the deal will have received a green light from the world, including the United States, to continue with its nuclear weapons program,” Likud minister Tzachi Hanegbi, a confidant of Prime Minister Binyamin Netanyahu‏‏, told Kan news.

“This of course we will not allow. We’ve already twice done what needed to be done, in 1981 against the Iraqi nuclear program and in 2007 against the Syrian nuclear program,” he said, referring to airstrikes on those two countries’ nuclear reactors.

Asked about the prospects of an American strike on Iran’s nuclear sites before President Donald Trump leaves office, Hanegbi answered that “the [Israeli] assessment is that nothing dramatic will happen during this week.”

Hanegbi added: “The most important thing is to convince the incoming American administration not to repeat the mistakes of the Obama administration — to appease the Iranians. This only increased Iranian aggression and defiance. They saw this as American weakness.”