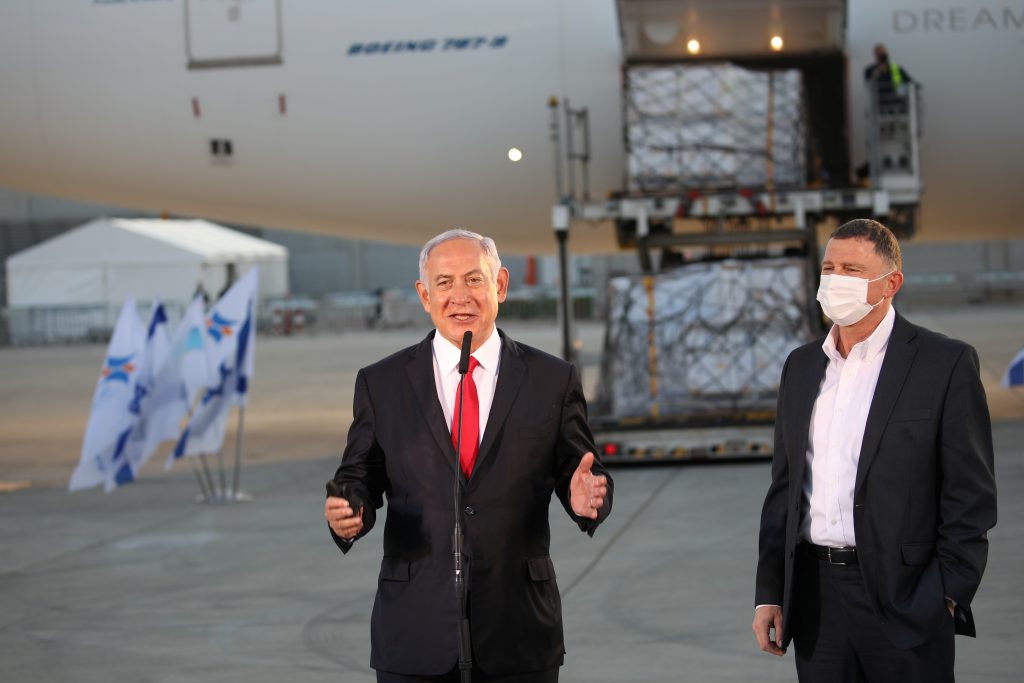 Prime Minister Binyamin Netanyahu and Health Minister Yuli Edelstein were present at the runway to welcome the shipment.

“This is an enormous day for Israel, with an enormous aerial delivery of vaccinations,” Netanyahu said.

“Next Sunday, another huge delivery will arrive and we will start to vaccinate the 50-60-year-olds and go from there. From today, we will also increase the pace of vaccination to 170,000 per day.”
“This is a new world record. I am constantly receiving calls from world leaders, who express their amazement. Israel has become a global model.”

HMOs (Kupot cholim) across the country have already begun administering the vaccine to those who already have received the first shot in the two-stage process, exactly three weeks after Israel launched its vaccination drive on Dec. 20.

Over 1.8 million Israelis have already received their first jab of the vaccine.

According to the Oxford University-run Our World in Data website, Israel had vaccinated 19.55% of its population by Thursday, making it the global leader in coronavirus inoculations per capita.

A proposal to combine the vaccines from Moderna and Pfizer was met with criticism from both companies and Israeli health experts, who warned that there was no proof that this would be as effective.

On Thursday, a first limited shipment of the Moderna vaccine arrived in Israel from Germany, with doses to fully vaccinate just 50,000 people.

Moderna’s shipment was earmarked for members of at-risk groups who are confined to their homes, due to it being easier to transport than the Pfizer vaccine, which must be stored in special containers at -70°C.

Under the terms of an agreement reached by the government and Pfizer, more than 10 million doses of the vaccine were expected to arrive in Israel by the end of March.