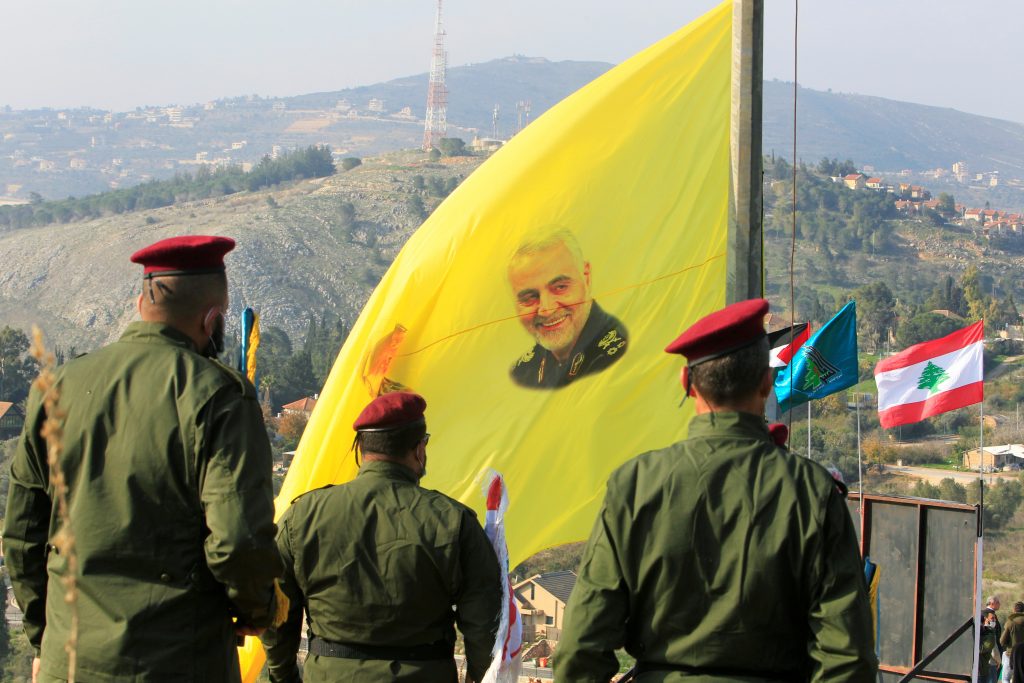 An Israeli official on Sunday dismissed as “nonsense” an allegation by the Iranian foreign minister that Israel was trying to trick the United States into waging war on Iran.

It was Israel that needed to be on alert for possible Iranian strikes on the one-year anniversary on Sunday of the assassination of Tehran’s top general, Qassem Soleimani, in a U.S. drone strike in Iraq, Energy Minister Yuval Steinitz said on Kan public radio.

Washington blames Iran-backed militia for regular rocket attacks on U.S. facilities in Iraq, including near the U.S. embassy. No known Iran-backed groups have claimed responsibility.

“Be careful of a trap, Donald Trump. Any fireworks will backfire badly, particularly against your same BFFs,” Zarif wrote, in what appeared to be a veiled threat against Israel.

Steinitz said the remarks showed that Iran, after mounting U.S. sanctions billed as curbing its nuclear program and involvement in regional conflict-zones, was “under pressure – economic pressure, and pressure in terms of national security.”

“We hear this nonsense by Zarif, that Israel would set off terrorist attacks against the United States – this really is total nonsense,” Steinitz told Kan public radio.

“But on the other hand it is a warning sign – a warning sign that Iran is taking aim at Israel, is looking for excuses to lash out at Israel, and therefore we need to have our finger on the pulse and be at the highest state of alert.”

Meanwhile, the IDF is preparing for a possible attack from pro-Iran militias in Iraq or Yemen, Kan News reported on Friday.

According to the report, the IDF recently held discussions on the matter.

In last week’s interview with a Saudi newspaper, an IDF spokesman said that while Israel did not see any signs pointing to an Iranian plot to attack Israel from its own territory, an attack from Iraq or Yemen could be a possibility.

The spokesman added that Israel knew of Iranian efforts to develop drones and missiles in these countries and that these projectiles could potentially reach Israel.

He said that Israeli submarines were active in the region, monitoring Iran’s movements and activity.

In Iraq, Iranian proxy groups operate as part of the Popular Mobilization Forces – an umbrella group of militias that fought against the Islamic State terror group; its components also launched attacks on U.S. assets in the country, at times prompting Washington to respond with airstrikes.

In Yemen, Iran is allied with the Houthi rebels, who overran the country’s capital of Sana’a and took over most of the country in a sweeping offensive in 2014. However, due to the involvement of a Saudi-led coalition against the rebels, some of their land gains were overturned.

Houthis have repeatedly launched missile and drone attacks on Saudi targets and threatened to attack Israel as well.