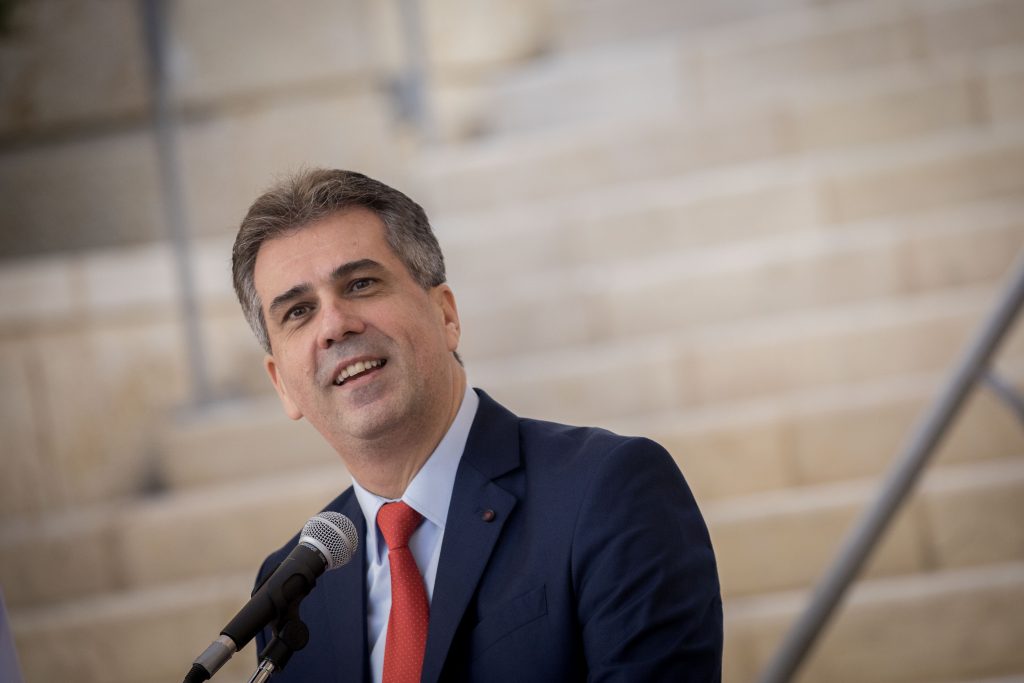 The assassination of a senior Iranian scientist thought to be the mastermind behind the country’s nuclear program continued to generate threats and condemnations on Sunday.

Iranian President Hassan Rouhani accused Israel of being responsible for the death of Mohsen Fakhrizadeh on Friday, and supreme leader Ayatollah Ali Khamenei said the perpetrators must be “punished” and his work carried on.

The Iranian mission to the U.N. claimed that his “work” was toward “the first indigenous Covid-19 testing program, whereas the U.S. and Israel have asserted that he led the AMAD nuclear weapons program.

“I have no clue who did it. It’s not that my lips are sealed because I’m being responsible, I really have no clue,” Hanegbi, a confidant of Netanyahu, told N12.

Britain, Turkey and Oman joined the European Union on Sunday in condemning the assassination.

Israeli Intelligence Minister Eli Cohen, while saying that he too did not know who was responsible, told Army Radio that the E.U. condemnation was out of place. “We see them again burying their heads in the sand,” referring to the EU, which had called the killing a “criminal act.”

Cohen added that they are well aware of Iran’s nuclear ambitions and violations of agreements with world powers.

“His removal from the world contributed to the Middle East and the whole world. Anyone who takes an active part in creating a nuclear weapon is a dead man walking,” he warned.

Without naming Israel, Turkey’ foreign ministry said Sunday that the killing was an act of “terrorism” that “upsets peace in the region.”

An unnamed Israeli official told the New York Times over the weekend that the world should thank Israel for eliminating Fakhrizadeh. The official was involved for years in tracking Fakhrizadeh for Israel, according to the report.

On Sunday, Britain’s Foreign Minister Dominic Raab said London was “concerned” about the possible escalation of tensions in the Middle East following the assassination.

“We are concerned about the situation in Iran and the wider region we do want to see de-escalation of tensions,” Raab told Sky News when asked about the killing.

Israel on Sunday was bracing for retaliation from Tehran, putting its embassies around the world on high alert, according to N12.

A spokesman for the Israeli Foreign Ministry said the ministry did not comment on matters of security regarding its representatives abroad.

Iran said there are “serious indications of Israeli responsibility” in the assassination of an Iranian scientist and it reserves the right to defend itself, the country wrote in a letter to U.N. Secretary-General Antonio Guterres and the U.N. Security Council on Friday, quoted by Reuters.

“Warning against any adventuristic measures by the United States and Israel against my country, particularly during the remaining period of the current administration of the United States in office, the Islamic Republic of Iran reserves its rights to take all necessary measures to defend its people and secure its interests,” Iran’s U.N. envoy, Majid Takht Ravanchi, wrote in the letter, which was seen by Reuters.