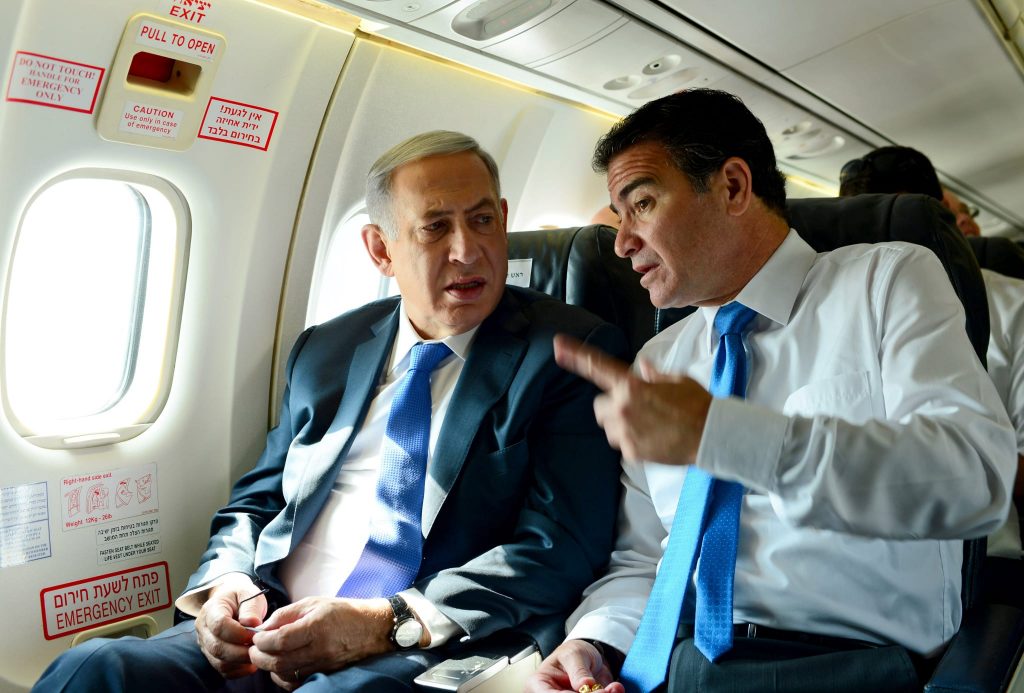 Mossad chief Yossi Cohen was also present, according to the reports.

The three met with Saudi Crown Prince Mohammed bin Salman, according to the Israeli official cited in the report.

A Gulfstream IV private jet took off just after 1740 GMT from Ben Gurion International Airport near Tel Aviv, according to data from website FlightRadar24.com. The flight traveled south along the eastern edge of the Sinai Peninsula before turning toward Neom and landing just after 1830 GMT, according to the data. The flight took off from Neom around 2150 GMT and followed the same route back to Tel Aviv.

Pompeo traveled with an American press pool on his trip throughout the Mideast, but left them at the Neom airport when he went into his visit with the crown prince.

Pompeo has tried to coax the Gulf powerhouse to follow its neighbors, the United Arab Emirates and Bahrain, in establishing formal relations with Israel – a rapprochement built largely on shared concerns about Iran.

Riyadh has so far declined to normalize ties with Israel, saying Palestinian statehood goals should be addressed first. But the Saudis have allowed Israeli airliners to overfly their territory to newly available Gulf destinations and to Asia.

Analysts and insiders suggest that 35-year-old Crown Prince Mohammed bin Salman is more open to the idea of normalizing relations without major progress in the moribund peace process.

The trip to Neom took place at the time when a Coronavirus Cabinet meeting had been scheduled. On Motzoei Shabbos, Netanyahu announced that the meeting would be postponed to Monday.