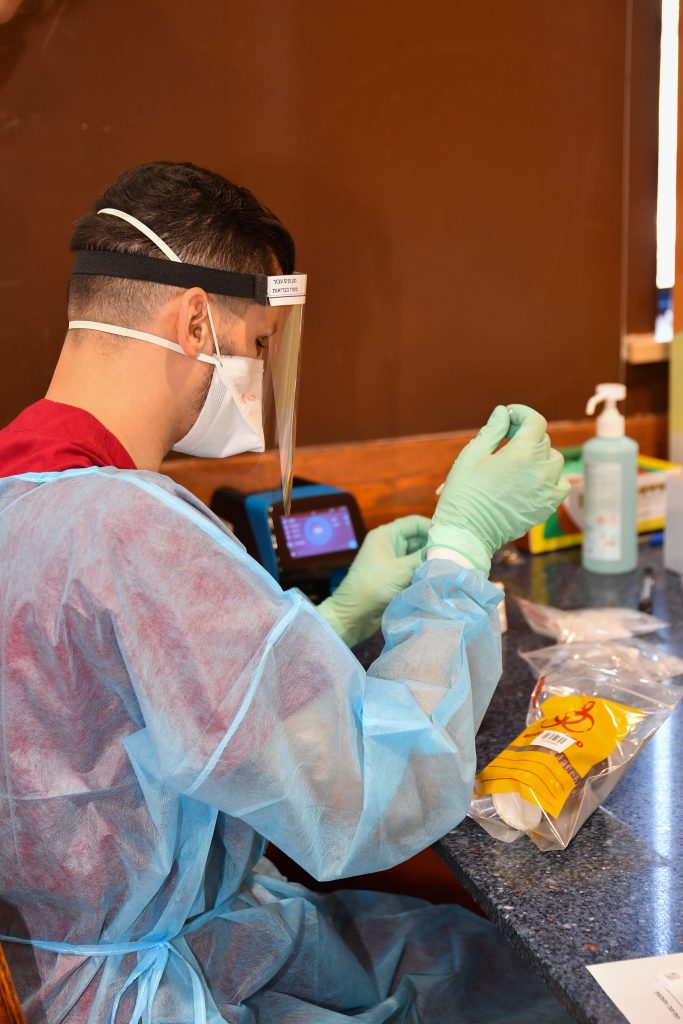 The Health Ministry said on Monday that in the past day 745 new cases of coronavirus were confirmed out of 33,671 tests conducted, showing a 2.8% positivity rate.

Meanwhile, there will be no change to plans to return more pupils to school on Tuesday despite reports by health officials that reducing restrictions could lead to a spike in seriously ill patients that would lead to a third lockdown.

Prime Minister Binyamin Netanyahu told the Cabinet on Sunday that fifth- and sixth-graders will return to their classrooms on Tuesday and students in grades 11 and 12 will do so next week.

“That is not going to change,” Netanyahu said.

His statements came as a spike in the number of serious cases of coronavirus was recorded for the first time in about a month and a half, according to the daily report published Sunday by the Coronavirus National Information and Knowledge Center.

In Yerushalayim there are currently 1,134 sick people, the ministry said, including 54 new cases in the past day. Thirty-six cases are in eastern Yerushalayim, another 11 are in the general community and five are from the chareidi sector. Two were unassigned.

The Arab sector has seen the greatest spike in infection in recent weeks, mainly due to illegal weddings, as well as people returning from trips abroad and failing to quarantine.

In contrast, the chareidi community has seen declining infection. In an interview with Channel 12, Eran Segal, a computational biologist with the Weizmann Institute of Science, said that among children in the community they were seeing a steady rate of infection, and in some cases even a decline. The chareidim make up about 8% of total infections in Israel, he said, far less than their share of the population. At the same time, only 4% of new cases are from the chareidi sector.

The Education Ministry showed Sunday night that 244 preschoolers were infected with coronavirus, out of 512,555 children – 2.87% of total infections in Israel. At the same time, only 694 elementary school students out of more than one million were infected.

A report indicated that Health Minister Yuli Edelstein would support a program to allow all students to go back to school in green cities, however, in an interview with Kan News on Sunday morning, the minister said he believed that enough has opened up for now.

He also said that schools would have opened faster had parents pushed harder to return their children to their classrooms.

The minister’s comments were met with angry responses, especially from the National Parent Leadership Association, which said they should not have to shout to get kids back to school.

Children’s education should be a national priority, even before the opening of malls, gyms and street shops, they said.