Israel Netanyahu: A Thank You and Higher Fines
Israel 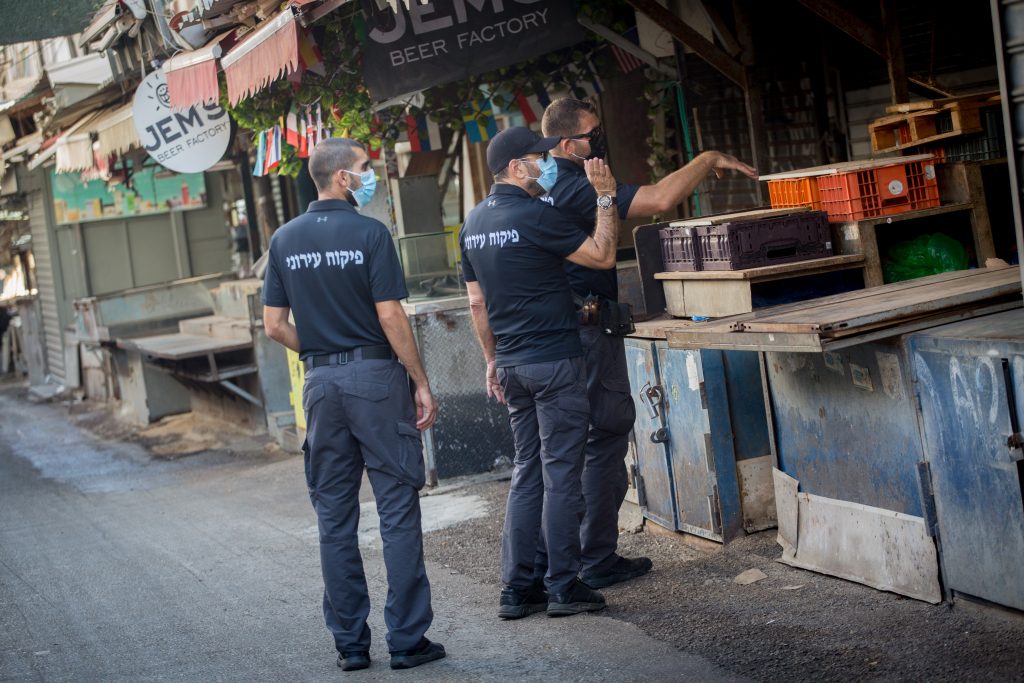 With the coronavirus lockdown gradually lifting, Prime Minister Binyamin Netanyahu‏‏ thanked the Israeli public for its cooperation in lowering the morbidity rate to a level below that of European nations, some of which are now entering lockdown, Arutz Sheva reported on Thursday evening.

However, apparently the level of cooperation needs boosting. Citing violations of the health regulations Netanyahu said he will propose next week an increase in fines for individuals and institutions that flout the restrictions.

“This is not directed against anyone, it is meant against something: against the virus and against the disease. I expect cooperation from everyone, without exception,” he said.

The death toll since the start of the pandemic also rose to 2,319.

Out of the 17,869 patients currently battling the disease, 580 are in serious condition, with 227 connected to ventilators.

With 22,133 tests conducted by Thursday evening, the national infection rate stands at 2.6%.

Meanwhile, a Health Ministry report saying that schoolchildren are “super spreaders” of the coronavirus and casting doubt on the wisdom of an early reopening of the educational system, was drawing flak from a number of experts.

The study reported that eight percent of the 678,000 COVID-19 tests conducted on children under age 17 January 27 to September 24 came back positive. This was 2% higher than the rate from some 2.6 million tests conducted on adults during the same period.

It noted that children can act as “superspreaders” since 51% to 70% of them do not show symptoms of the virus, and said that in 17 cases tracked by the Health Ministry, children managed to infect over 10 of their peers.

But a research group at Hebrew University and Hadassah Medical Center strongly contested those conclusions.

Epidemiologist Ronit Calderon-Margalit asserted that the Health Ministry got it wrong, telling The Times of Israel that the report “seems to misinterpret data in a way that blames children in the propagation of disease.”

Calderon-Margalit, an adviser to coronavirus czar, Ronni Gamzu, said that the report loses credibility by drawing broad conclusions for children as a whole, while medical evidence suggests that under-10s, who rarely catch the virus and infect others, differ sharply from over-10s, who reflect adult-like patterns in relation to COVID-19.

The report reflects a misconception that schools are behind the latest outbreak, she said. “The reopening of schools on September 1 was not the vector for the outbreak, and you cannot assume that closing them on the 17th was the reason for the decline in morbidity.”

A response to the Health Ministry report, signed by all nine members of the research group, said: “The data presented in the report clearly demonstrates that children are less contagious, and they most often get infected from adults, not the other way around, and that they constitute a small percentage of the super-spreaders in the population, 9.4%.”

Ora Paltiel, professor at the Braun School of Public Health and Department of Hematology at Hadassah-Hebrew University and one of the nine signatories said: “The serological study was a non-representative sample of people who came to clinics. Children do not come unless they are sick and rarely have routine blood tests, if ever. Therefore the children in the survey were more likely to be sick and were not proportionately represented in the survey.”