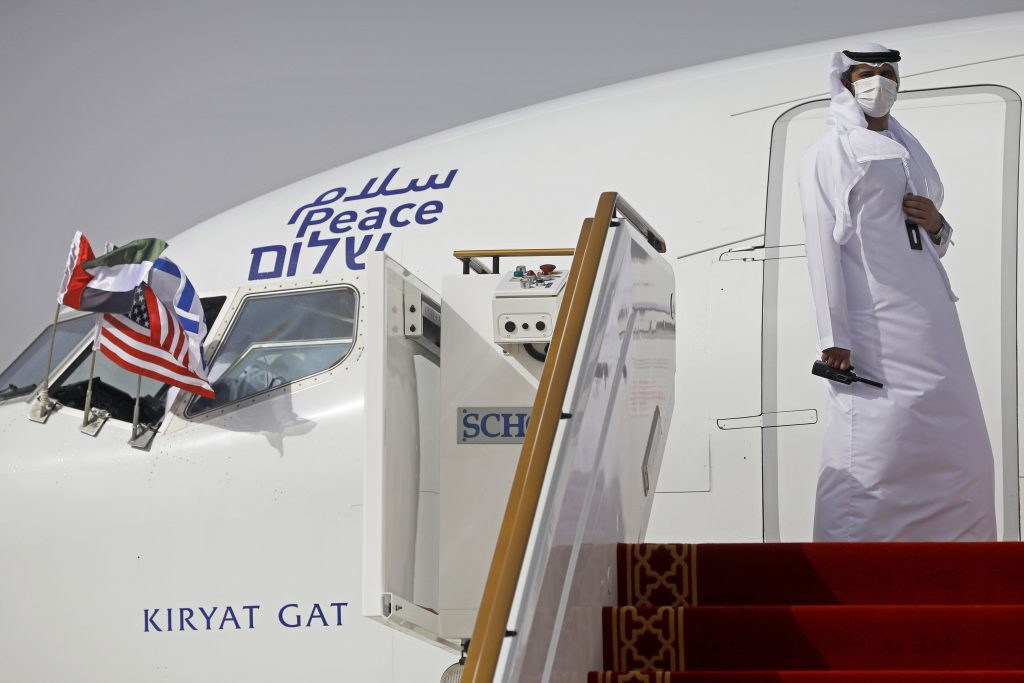 The first commercial passenger flight to Israel by a carrier from the United Arab Emirates landed near Tel Aviv on Monday, further cementing a normalization deal between the two countries.

Etihad Airways Flight No. 9607 landed at Ben Gurion international airport just after 7 a.m. The Boeing 787 Dreamliner departed for Abu Dhabi later Monday with an Israeli travel and tourism delegation on board, according to an Etihad statement.

Etihad said it plans regular passenger flights between the countries in the future and was launching a dedicated Hebrew website.

Etihad previously sent to Tel Aviv an unmarked cargo plane flying aid to assist the Palestinians in fighting the coronavirus. In August, an El Al plane flew from Israel to Abu Dhabi, carrying a high-ranking American and Israeli delegation in the first-ever direct commercial passenger flight between the two countries.

Israel and the UAE announced in August they had agreed to normalize ties, setting off a flurry of business, banking and intergovernmental agreements, along with an end to a longstanding boycott by the UAE against Israel.

Nearby Gulf monarchy Bahrain also signed an agreement on Sept. 15 at the White House alongside the UAE to normalize relations with Israel. The UAE and Bahrain are the third and fourth Arab states to establish ties with Israel. Egypt and Jordan signed peace treaties with Israel in 1979 and 1994, respectively.

An Israeli delegation flew to Bahrain on Sunday to formalize that deal.

The so-called “Abraham Accords” brought long-clandestine ties between Israel and several Gulf states — forged in recent years over a shared concern over regional rival Iran — into the open.

The U.S.-brokered normalization agreements have outraged the Palestinians, whose leaders have called the deals a betrayal of a longtime Arab stance that recognition of Israel would come only after Palestinians obtain an independent state of their own.