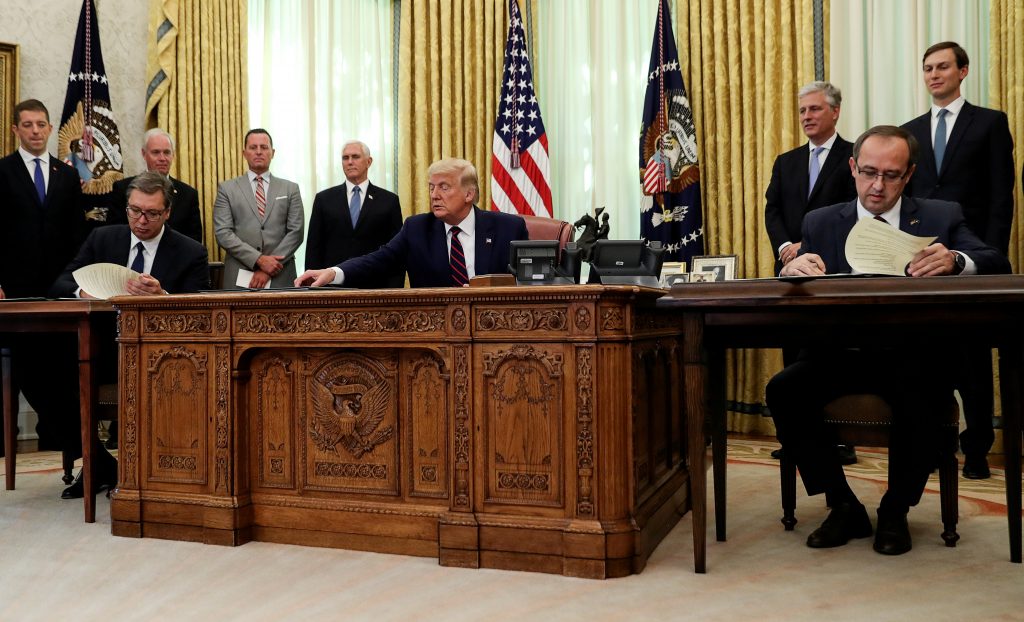 During their talk, it was agreed that Kosovo will send a delegation to Israel, the first of its kind, that will set the process in motion, including the opening of an embassy.

Ashkenazi thanked Stublla for her intention to open an embassy in Yerushalayim, and for the important decision to recognize Hezbollah, including all of its wings, as a terrorist organization. The Foreign Minister expressed his personal appreciation to the Minister for leading the process of Kosovo’s adoption of the IHRA definition of anti-Semitism, according to a statement released after the meeting.

Israel’s recognition of Kosovo is part of a three-way deal announced on September 4 by the White House, which calls for Kosovo and Serbia to open embassies in Yerushalayim.

According to the announcement, Serbia, which claims ownership of Kosovo’s territory and has fought against international recognition of its declaration of independence in 2008, has agreed to cooperate on some issues with the breakaway region.