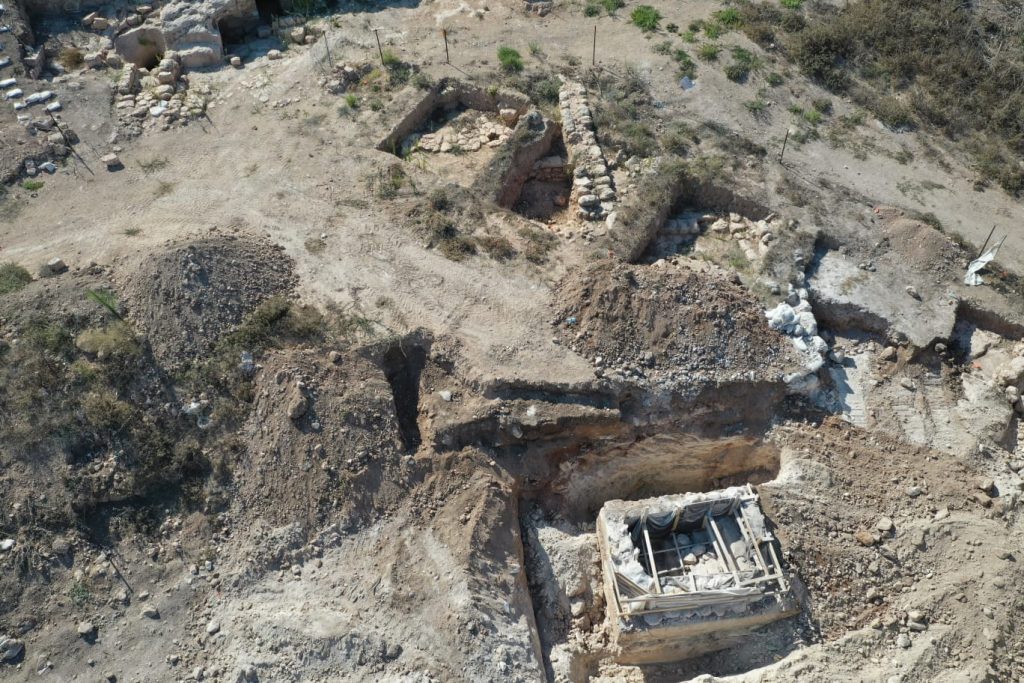 Archeologists have discovered a mikveh which they believe to be about 2,000 years old, from the period of Bais Sheni, providing further evidence of the traditional way of life of Jews in the Galil during that time.

According to Abd Elghani Ibrahim and Dr. Walid Atrash, directors of the excavation on behalf of the Israel Antiquities Authority, “The existence of a mikveh unequivocally indicates that the residents of the ancient farm were Jewish, who led a religious and traditional way of life, and maintained purity as a Torah commandment.

“The discovery of the mikveh in the farmstead changes what we knew about the lifestyle of the Jews in the [Bais Sheni] period. Until now we hadn’t discovered Jewish farms in the Galil. It was considered that the Jews in the Roman period didn’t live in farms outside the villages or towns. The discovery of the farmstead at some distance from the village of the Shikhin and the large Jewish town of Sepphoris, shows that Jews also settled in farmsteads, that perhaps functioned as the rural hinterland of Sepphoris,” they said.

Currently, a huge highway interchange is being constructed over the valley. The anchoring one of the supporting bridge columns necessitated the laying of deep foundation trenches in the bedrock. As the archaeologists excavated next to the construction works, the mikveh was uncovered.

Since it was not possible to preserve the mikveh on the site, the idea arose to detach the installation from the rock and to transplant it to a protected site for display, for the benefit of the public.

The IAA, together with members of Kibbutz Hannaton cooperated, and the kibbutz residents launched a funding campaign for the project, with the aim of placing the ancient mikveh next to the functioning mikveh on the kibbutz.

In the past week, preparatory work for the transfer was carried out. The mikveh, whose weight is approximately 57 tons, was first sawed off on all sides, detached from bedrock and surrounded by a steel cage in order to protect it and allow it to be hoisted. Today, to the cheers of the residents, it was hoisted in the air and brought to its new place.