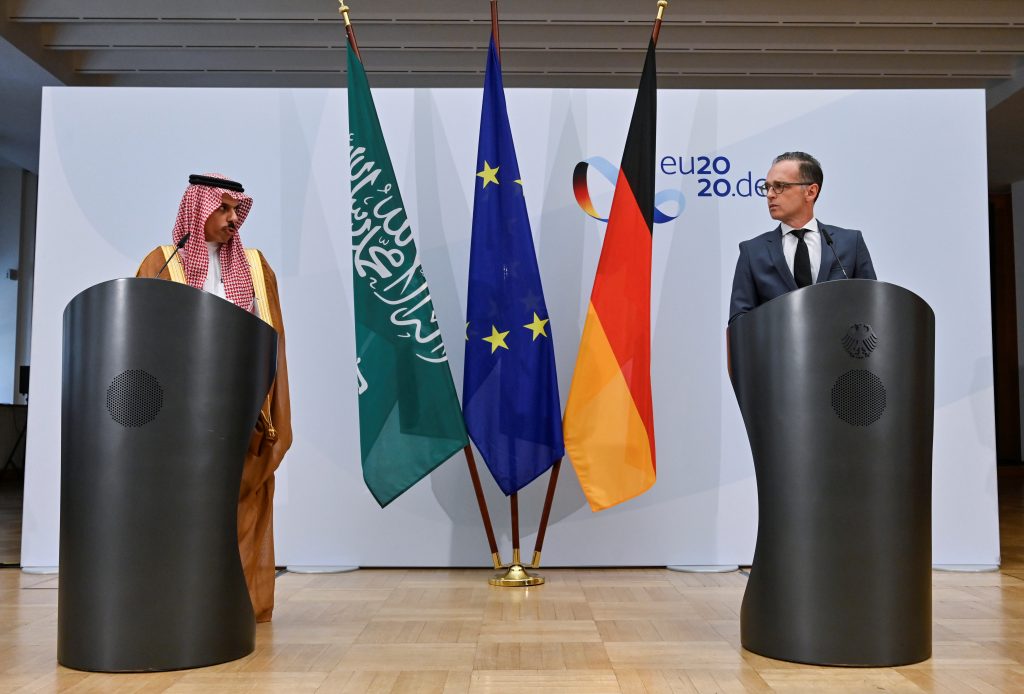 Saudi Arabia’s foreign minister said on Wednesday that the kingdom is committed to peace on the basis of the Arab Peace Plan, in the first official comments since the United Arab Emirates reached a normalization deal with Israel last week.

Faisal bin Farhan Al Saud also said in an event in Berlin that Israel‘s unilateral moves with regard to settlements are hindering the chances for peace, Saudi state media reported on Wednesday.

The Arab Peace Initiative involves a full Israeli withdrawal to pre-1967 lines, including the division of Yerushalayim. It also calls for all Palestinian refugees of the 1948 War of Independence and their descendants, of which the U.N. says there are about 5 million, to be granted the right of return to Israel. The plan, also known as the Saudi Initiative, offers Israel peace and normalization with Arab states in exchange for accepting it.

Adel al-Jubeir, the Saudi minister of state for foreign affairs, told reporters in Berlin that “peace must be achieved with the Palestinians” on the basis of international agreements as a condition for any normalization of relations with Israel.

“Once that is achieved all things are possible,” he said.

Ties between Israel and Saudi Arabia have grown behind the scenes in recent years, in light of the countries’ shared enmity with Iran.