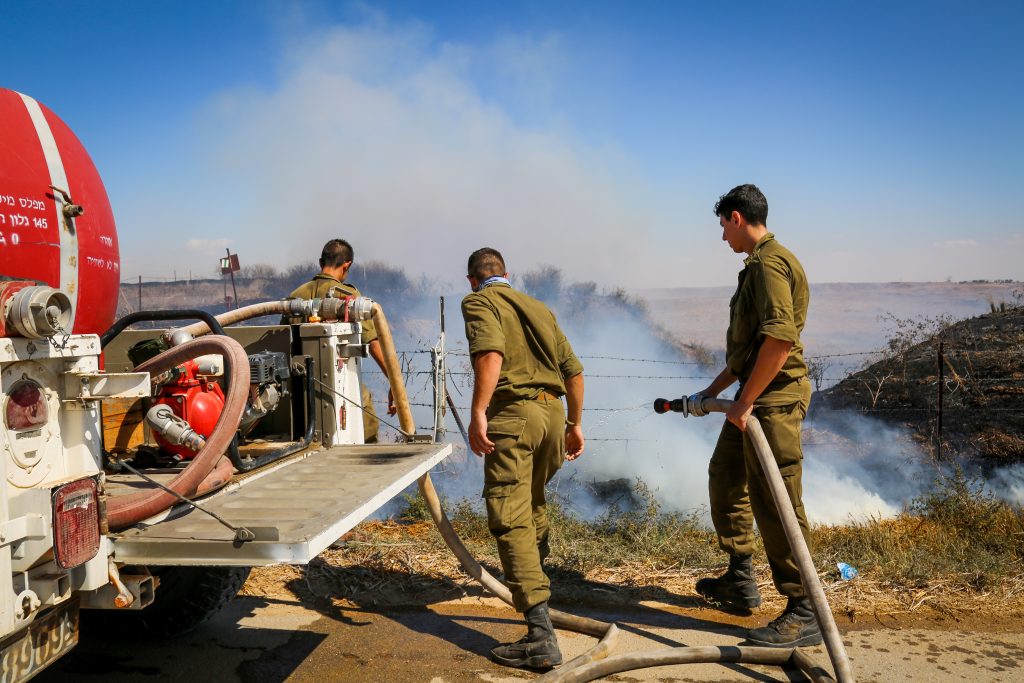 Responding to an escalation in cross-border incendiary attacks, Israel warned Hamas on Tuesday that “forceful” action will be taken if it does not cease.

More than 60 fires were caused by balloon-borne incendiary devices in southern Israel during the day, according to Israeli firefighting officials.

B’chasdei shamayim, no injuries were reported, and damage to property was relatively minor.

Authorities said they were battling a large blaze in the Eshkol region, near the Gaza border, forcing the evacuation of a number of Bedouin families living in the area, according to the Times of Israel.

Fires were reported brought under control in Tlamim, Kissufim Forest, Be’eri, Sderot, Shokeda, and Ohr HaNer. In one case, a balloon landed and started a fire near the Mekorot water company facility in Sderot.

“If the terrorist group [Hamas] doesn’t stop launching incendiary balloons, we’ll respond with force. Hamas is enabling the continued launching of incendiary devices and balloon bombs into Israel. We will not accept this, therefore we closed the Kerem Shalom crossing as a result.”