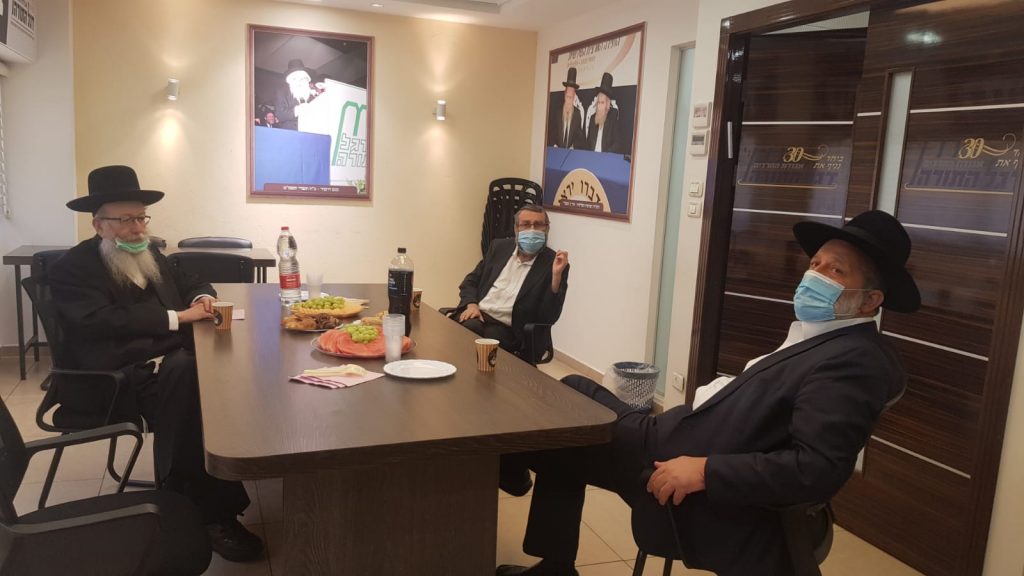 The heads of the chareidi factions, Shas leader Rabbi Aryeh Deri, UTJ’s Rabbi Yaakov Litzman and Rabbi Moshe Gafni met in the office of Rabbi Gafni in Bnei Brak on Thursday afternoon to discuss the budget crisis and their attempts to prevent the chance of the country going to a fourth round of elections.

The party leaders released a joint statement in which they appeal to Prime Minister Binyamin Netanyahu and Defense Minister Benny Gantz to reconcile their differences around the budget and not drag the country into new elections.

The heads of the chareidi factions expressed their clear opposition to calling for an early election. “The citizens of Israel are currently facing difficult times, with many health and economic problems, and the very thought of going to the polls at this time is complete madness.

“It is time to push everything else aside, and to bring about urgent approval of the state budget, so that we can then focus on the challenges of the economy and the health system, in the face of the coronavirus crisis plaguing Israeli citizens and the world.

“We will not cooperate with any initiative to advance the elections,” they declared.

The leaders of the Shas factions and Torah Judaism call on Prime Minister Benjamin Netanyahu and his colleague Deputy Prime Minister and Defense Minister Bnei Gantz to show national responsibility, to come together to reach an agreed solution and prevent unnecessary elections. Although the ultra-Orthodox parties have nothing to fear from elections, they are concerned with what’s good for Israel.

Housing Minister Rabbi Litzman held meetings with Netanyahu and Gantz on Wednesday, in which he clarified his position that the chareidi parties vehemently refuse to call for new elections.