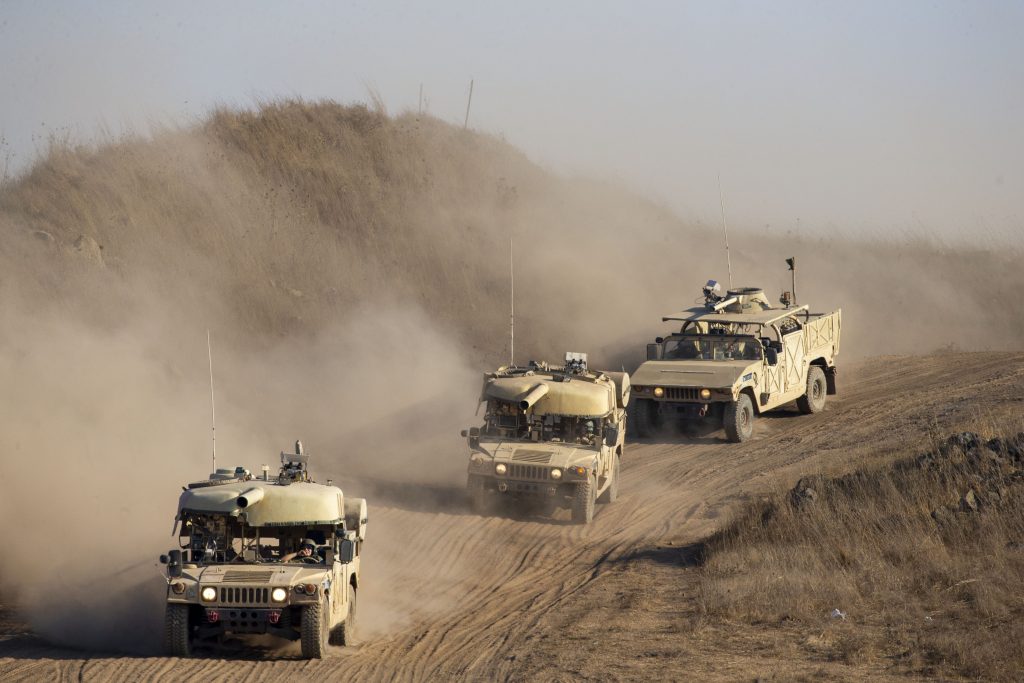 Israeli Prime Minister Binyamin Netanyahu on Tuesday warned the Lebanese Hezbollah group and others after Israeli forces said they thwarted an infiltration attempt from Syria by suspected terrorists.

The Israeli military announced late Monday that it had struck targets in Syria after the terrorists tried to plant explosives in the Israeli Golan Heights. Israel struck the four suspects, who were believed to have been killed.

Netanyahu, who toured a military base on Tuesday, said Israel would not hesitate to take further action.

“We hit a cell and now we hit the dispatchers. We will do what is necessary in order to defend ourselves. I suggest to all of them, including Hezbollah, to consider this,” he said.

The incidents come amid heightened tension on Israel’s northern frontier following a recent Israeli airstrike that killed a Hezbollah fighter in Syria and anticipation that the terrorist Lebanese group would retaliate.

Following the airstrike, the Golan Heights was hit by explosives fired from Syria and Israel responded by attacking Syrian military positions and beefing up its forces in the area.