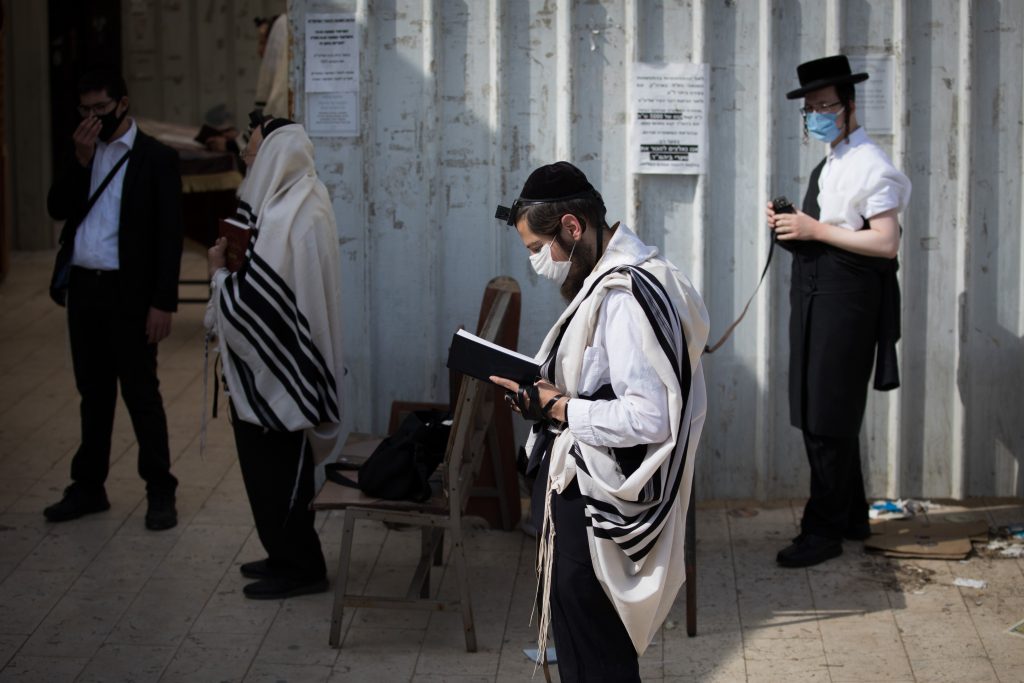 Coronavirus task-force manager Prof. Roni Gamzu promised Monday night in a discussion with reporters that he would adjust restrictions on shuls so that they fit with each shul’s size.

“I apologize for the fact that there are differences in restrictions [between various venues], with restaurants treated differently from shuls – I know that this is upsetting, and it upsets me, too. I was in a shul on Tishah B’Av, I saw the differences and it hurts me, and this is one of the things I am telling you that I will change, but it will take time, as it requires changes in law.”

At the press conference, Gamzu shared some his challenges.

“I think that when it comes to closed, indoor spaces, limitations have to be expressed in terms of the size of the place. It’s hard to instate restrictions that apply equally to small shtieblach and giant shuls. This is true for restaurants, too. When it comes to fixing a number or form of regulation – how can we know that it will really happen? It’s easy to say ‘no more than 10-20 people,’ and much harder to speak in terms of percentages.

“Things also depends on what the facts of the virus are right now. They tell me that we’ve managed to bring down the spread of the virus, so is now the time to take the chance and ease restrictions? Even though I don’t think it was wise to limit mispallelim to ten in a small shtiebel and ten in the Great Synagogue.”

Gamzu added a veiled attack on his precursors: “I must say that there were some limitations that lacked order, and this week I intend to organize them. We won’t tolerate a situation in which there are built-in contradictions. There has to be a clear line of policy, not one that I can’t explain.”

The professor also shared with the media a bit about how the restrictions become garbled in application.

“The government comes along with a decision, but then there’s the whole process, of adjusting it, and … circumventing it. One decision began as a total lockdown on weekends, but ended with a closure on factories and other workplaces on weekends, but restaurants remained open. The result was that a shoe store closes while right next to him a restaurant is open. There were aberrations like these – give me time to fix them.”

Gamzu refused to speaks about flights to Uman, commenting only: “I don’t know yet. I am not familiar enough with the subject. I intend to study it.”

Natan Eshel, close associate of Prime Minister Binyamin Netanyahu, had harsh words for attacks in the secular media against the Breslev kehillah‘s attempt to travel to Uman for Rosh Hashanah, asking: “Where is it more crowded, at the four tefillos at Uman [over the two days of Rosh Hashanah] or at the dozens of protests in Israel – either hypocrisy or anti-Semitism, you decide.”