Israel Hamas Head Reveals: We Refused $15B in Aid to Disarm
Israel 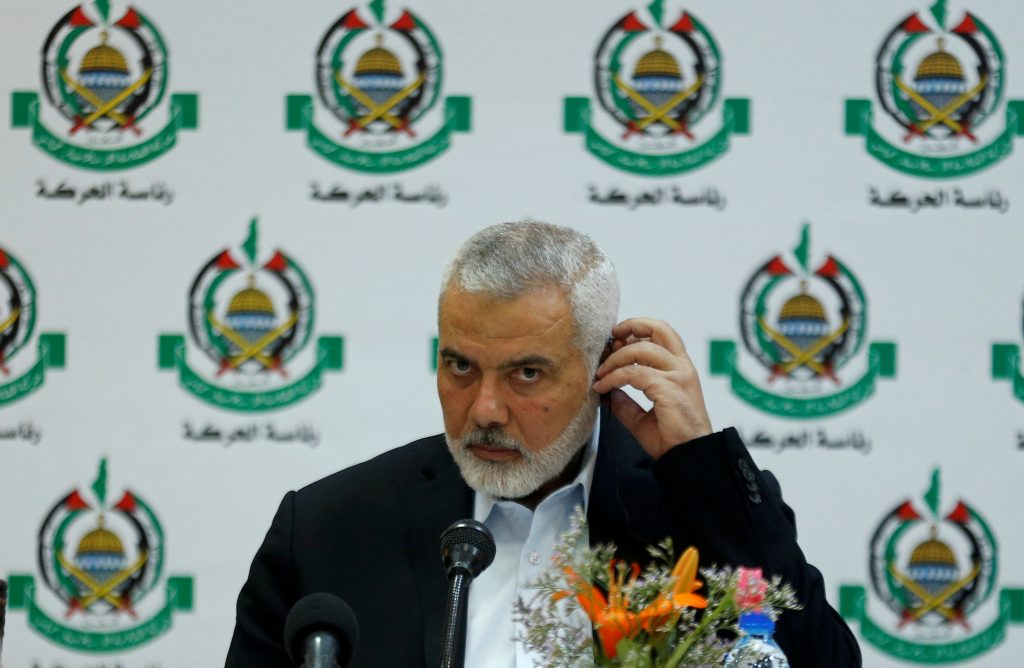 Hamas political bureau chief Ismail Haniyeh said that his group had been offered as much as $15 billion in development aid to Gaza two months ago which he claimed had been conditioned on demilitarizing the Gaza-based terror group, an offer that he turned down.

Haniyeh told Qatari newspaper al-Lusail that the offer had been made in the context of President Donald Trump’s peace plan, which would allocate $13.38 billion to the Gaza Strip for development if implemented.

Both Hamas and Fatah have opposed Trump’s “deal of the century” ever since it was released.

Haniyeh, who lives in the Qatari capital of Doha, told al-Lusail that the offer included an end of the blockade of Gaza by Israel and Egypt, which began after Hamas took over in the Strip in 2007. The blockade has had devastating effects on the Gazan economy, where unemployment is now over 60%. Israel says the blockade prevents Hamas from importing weapons which it would use to threaten Israel.

Haniyeh said that the most recent offer was conditioned on Hamas relinquishing its military capabilities. The Trump peace plan stipulates Hamas’s disarmament as a precondition for negotiations on Palestinian statehood, although it seems unlikely that the terror group would agree to do so unilaterally.

According to Haniyeh, those conditions made the offer unacceptable.

“We want to break the siege, and we want projects in the Gaza Strip. We want a port in Gaza — but as a right and not in exchange for our political principles or disarmament. Our principle is Palestine from the river to the sea, the right of return, the liberation of prisoners and the establishment of a full sovereign Palestinian state with Jerusalem as its capital,” Haniyeh said.

Hamas and Fatah announced last week that they would hold a joint rally against the Trump peace plan in Gaza at which both Haniyeh and Palestinian Authority Chairman Mahmoud Abbas will speak.