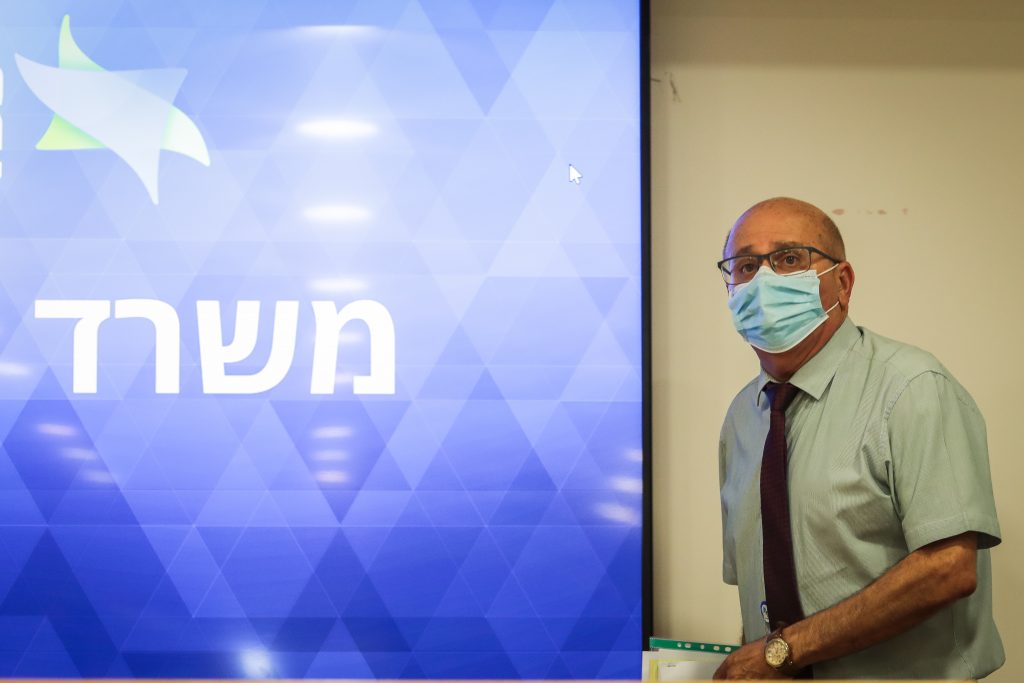 Just as the government was set to announce the appointment of a new coronavirus commissioner on Tuesday, it was reported that the Health Ministry is having a hard time finding a replacement for its director of public health.

Dr. Salman Zarka, the leading candidate for the position, has refused it because it comes with insufficient authority to carry out policy, according to Channel 12.

Zarka, the manager of Ziv Medical Center in Tzfas, also an expert on public health, will notify Health Minister Yuli Edelstein that he is turning down the offer because “he has no chance of being successful in the job,” an unnamed associate of Zarka was quoted as saying.

Siegal Sadetzki resigned from the job earlier this month, with a lengthy online blast at the government’s unprofessional and ineffective handling of the crisis.

The report quotes unnamed ministers as saying they understand the government is preparing to impose a nationwide lockdown soon.