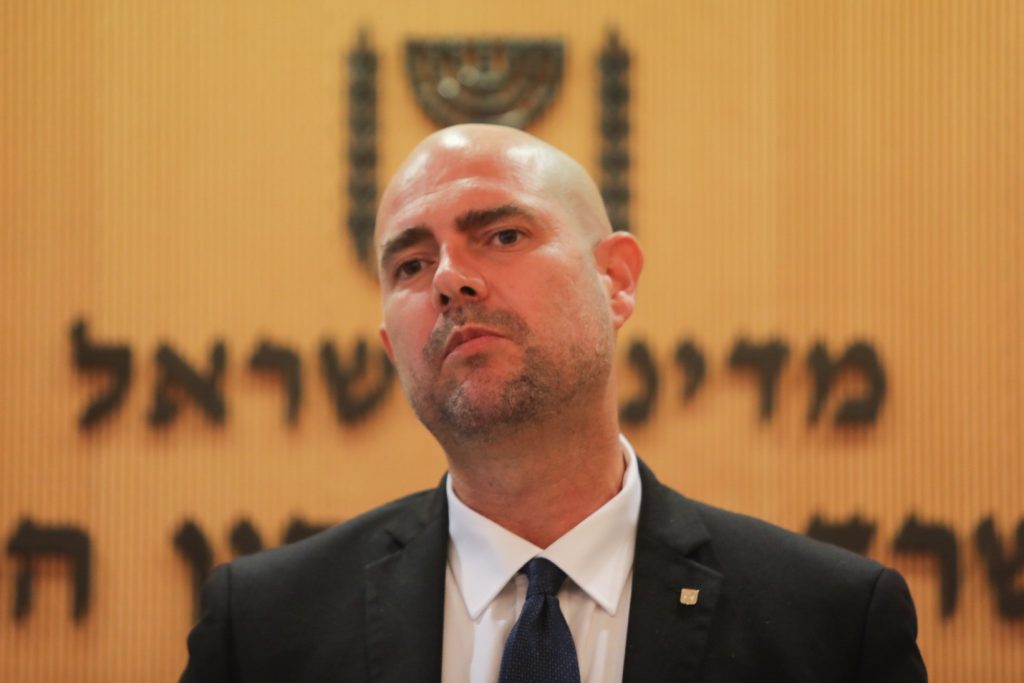 Mandleblit denied that he wasn’t taking the threats seriously, as Ohana alleged in a letter to him on Monday.

“You’re not giving serious attention to my appeal over the growing threats to the lives of the prime minister and his family,” Ohana wrote.

The attorney general responded that in three cases of threats against PM Netanyahu, criminal investigations were opened, and charges were filed in one of them, according to The Times of Israel.

Mandelblit said further the Likud minister’s letter to him was “riddled with unfounded and false claims against law enforcement.”

In his letter, Rabbi Deri wrote, “As a former member of late Prime Minister Yitzchak Rabin’s government, I cannot sit idly by vis-à-vis these alarming incidents of incitement and the calls to physically harm Netanyahu and his family.”

The weeks leading to Rabin’s assassination in 1995 were ridden with protests against the Oslo Accords, with many far-right activists saying the prime minister had to be stopped “by any means possible.”

The current public atmosphere is very troubling, Rabbi Deri wrote, stressing, “We can never again say we didn’t know; that our hands are not stained with blood. … I’m aware of the fact you and the Shin Bet are making great efforts to protect the prime minister and his family, but I will be remiss in my public duty if I do not warn of what may come and do everything to ensure we spare no effort to prevent such a catastrophe.”

Freedom of protest and expression “are fundamental principles of democracy and we must preserve them,” the interior minister continued. “Leveling scathing criticism is legitimate, but incitement to violence against the prime minister and his family cross[es] a red line.”

Public Security Minister Amir Ohana warned last week that the level of incitement currently being directed at Netanyahu “dwarfs what was seen in the lead-up to Rabin’s assassination.”