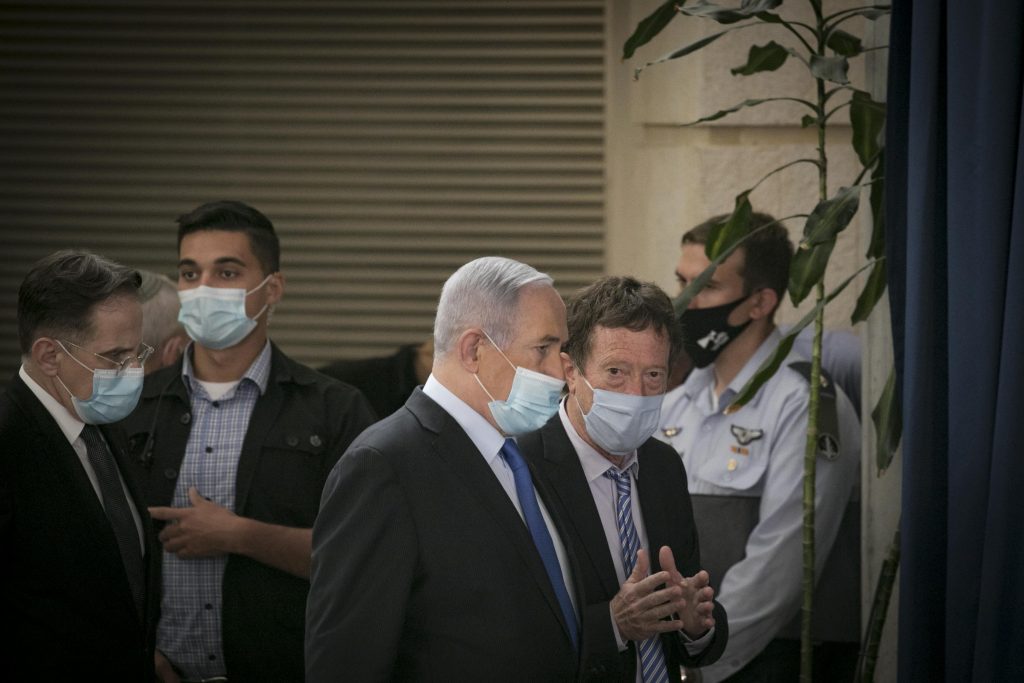 Following an urgent coronavirus cabinet meeting, Israeli Prime Minister Binyamin Netanyahu‏‏ and Health Minister Yuli Edelstein told the nation Thursday night that while the situation is serious and restrictions must be added, the economy will continue to function.

“Anyone who says, ‘But there are no serious patients’ – at first it really was that way,” but he said they have begun to infect others. “The data is sharp and clear and leaves us with no choice. We have to go back to the reality of restrictions in order to flatten the curve.” Patients in serious condition have increased by 50 percent in the last week, he said.

“We have to change direction and now” he continued. “We know what happens when people meet, dance and sing – they infect each other, first the young and then the older ones.”

Pending approval by the Knesset Coronavirus Committee in a vote on Sunday, event halls, bars and clubs are expected to be limited to 50 people. Indoor minyanim and other gatherings will be limited to 20 people. Public transportation, which has been operating at roughly half capacity, should not be affected.

Restaurants reportedly were exempted from the new occupancy restrictions, for which Finance Minister Israel Katz was credited, to spare them another devastating financial blow, according to Arutz Sheva.

Health Minister Yuli Edelstein, who spoke after the prime minister, declared that “This is the emergency hour.”

“The virus is contagious,” he said, “and older people and those with pre-existing conditions are catching it.”

Edelstein said the Ministry won’t reimpose the ban on grandparents visiting with their grandchildren, but people need to take responsibility themselves.