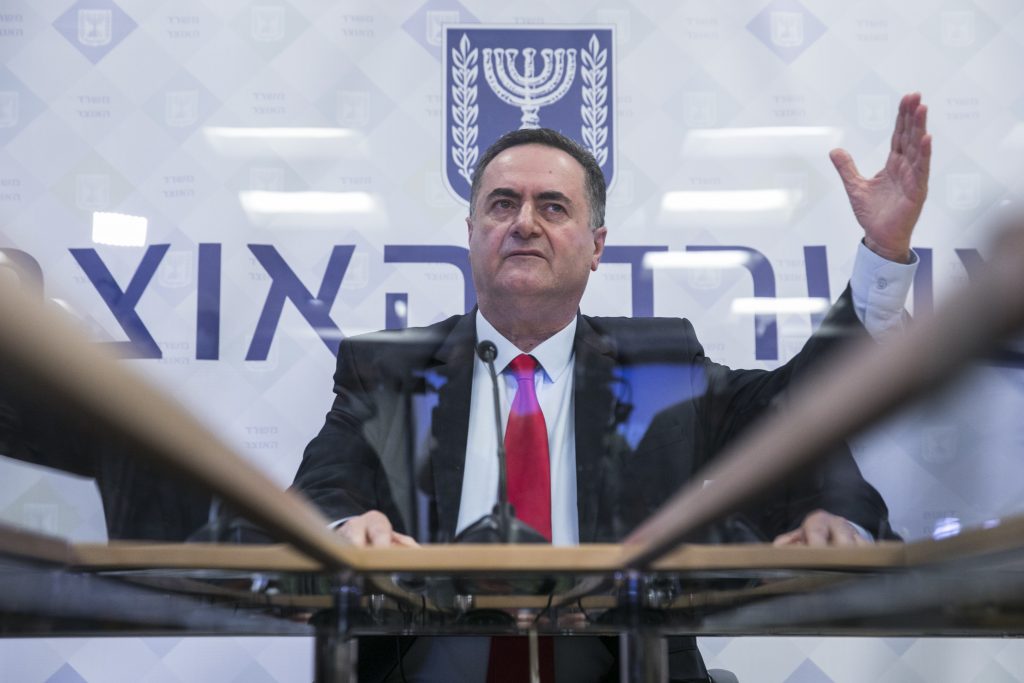 Finance Minister Yisrael Katz of Likud warned his coalition partners Blue and White that new elections would have to be held if the party refuses to agree to a one-year budget.

The coalition agreement calls for a two-year state budget for 2020 and 2021, but Likud is insisting that the health and economic crises demand it be changed. Katz argued that a one-year framework would allow short-term measures to be enacted without closing off future options.

Also on Wednesday, the Finance Ministry was reportedly considering deep cuts in public sector salaries and benefits that would help offset the emergency spending to keep the economy going.

Katz told reporters that they aren’t planning for layoffs. “We’re not going to fire, but we’ll talk with the Histadrut labor federation chief on issues… that have monetary significance…We will hold dialogue on the issue.”

Media reports said the plan would lop off 45 billion shekels ($13 billion) from the state budget over three years, about $2 billion of which would be in salaries.

The benefits being looked at include bonuses, R&R stipends, clothing allowances and some other types of per diems and state-funded benefits.

Dialogue commenced immediately, though not perhaps the kind that Katz would like to have.

Meretz party chairman Nitzan Horowitz said the government should do the opposite, increasing the national deficit “to grapple with the socio-economic catastrophe that is approaching,” rather than cutting salaries and benefits.

“Hitting the salaries or work conditions of public sector workers — teachers, social workers, nurses — will not only be unhelpful in handling the economic crisis, it will exacerbate it,” he said.

MK Oded Forer of Yisrael Beytenu slammed the government for “reaching into the public’s pocket” during an unprecedented economic crisis.