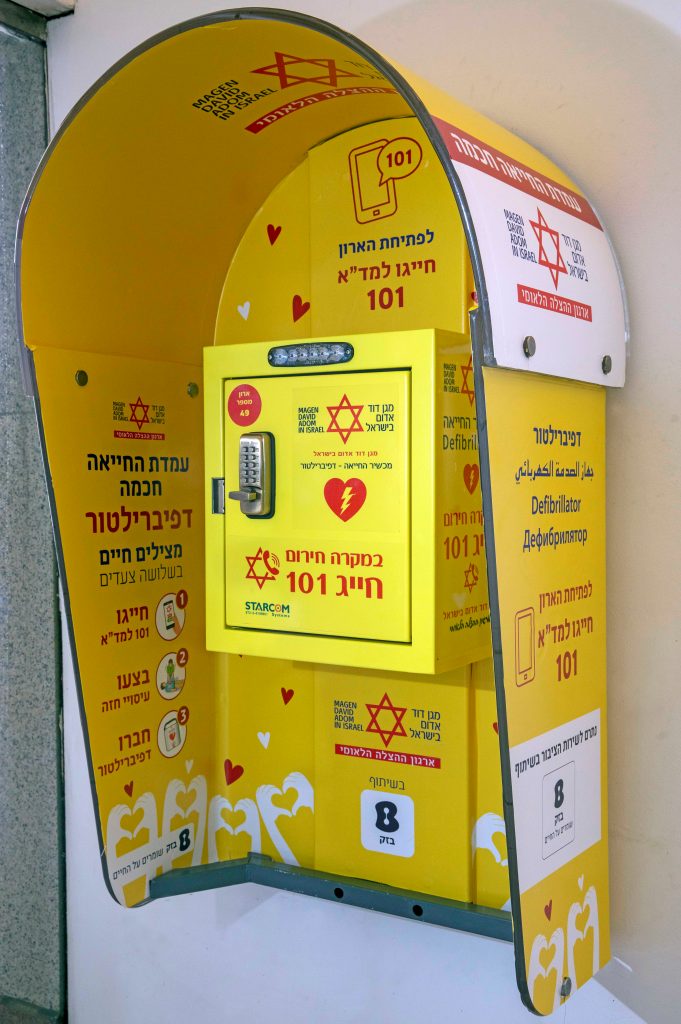 Israel’s public phone booths are being converted into lifesaving public access defibrillator stations, as part of a new national collaboration between Bezeq and Magen David Adom.

Bezeq said that tens to hundreds of phone booths would be converted. So far, a few have been transformed into bright yellow boxes housing defibrillators, which restore a heart rate to normal by providing an electric shock.

Bezeq has long attempted to get rid of the phone booths, which are hardly used but expensive to maintain.

“Public telephones have been a part of us but naturally with the advancement of technology they have become redundant, and we are happy they will be renewed” for a life-saving purpose, Bezeq said in a statement.

In the event of a heart attack, a bystander could call Magen David Adom and be directed to the nearest defibrillator booth, while an ambulance is dispatched. The defibrillators are locked and can only be opened with a code.