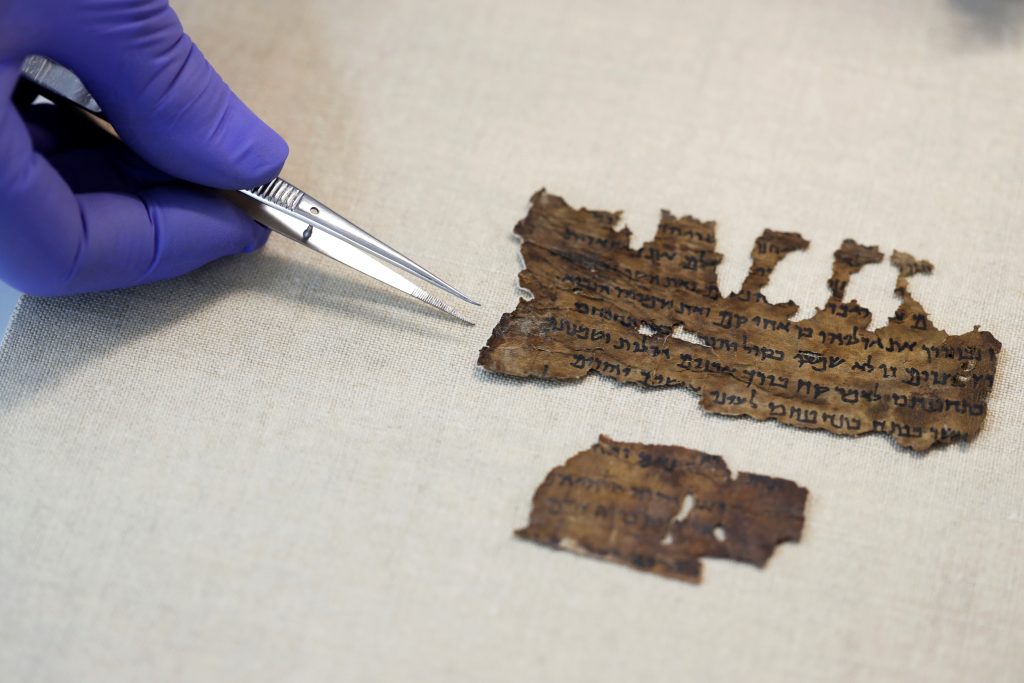 The decoding of DNA extracted from fragments of parchment of the Bayis Sheini-era Dead Sea Scrolls indicates that 2,000 years ago, Jewish society apparently had parallel circulation of diverse versions of scriptural books.

The findings support the notion that for contemporaries, the most important aspects of the scriptural text were its content and meaning, not its precise wording and orthography.

By characterizing the genetic relationships between different scrolls fragments, the researchers were able to discern important historical connections.

The research – which indicated some of the parchments’ provenances by identifying animal hides used – may also help safeguard against forgeries of the prized Biblical relics.

The Dead Sea Scrolls, the oldest copies of Biblical texts, were discovered in 1947 by local Bedouin, mostly in the Qumran caves near Yerushalayim but also in other sites located in the Judean Desert.

Since their discovery, scholars have faced the significant challenge of classifying the fragments and piecing them together into the remains of some 1,000 manuscripts, which were hidden in the caves before the destruction of the Second Beis Hamikdash.

Many scholars believed the scrolls originated with the fringe sect Essenes, who had broken away from the mainstream Jewish community. But some academics argue the Qumran trove had various authors and may have been brought from Yerushalayim for safekeeping.

DNA sequencing conducted by Tel Aviv University and the Israel Antiquities Authority has allowed for finer matching or differentiation among the scrolls.

While the sheepskin of some of the scrolls could be produced in the desert, cowskin – found in at least two samples – was more typical of cities like Yerushalayim.

“The very material, the biological material of which the scrolls are made, is as telling and as informative as the content of the text,” Noam Mizrachi, Bible studies professor at Tel Aviv University, told Reuters.

The Israeli researchers, assisted by a Swedish DNA lab, determined that two textually different copies of Yirmiyahu were brought to Qumran from the outside.

Tiny slivers of parchment – or just dust – were taken for testing. The process could prove invaluable for spotting counterfeits, such as five supposed Dead Sea Scrolls that were removed from the Museum of the Bible in Washington in 2018.

“Since we can distinguish scrolls that originated from Qumran from other scrolls, we think that maybe in the future it could help identify real versus false scroll pieces,” said Oded Rechavi, neurobiology professor at Tel Aviv University.