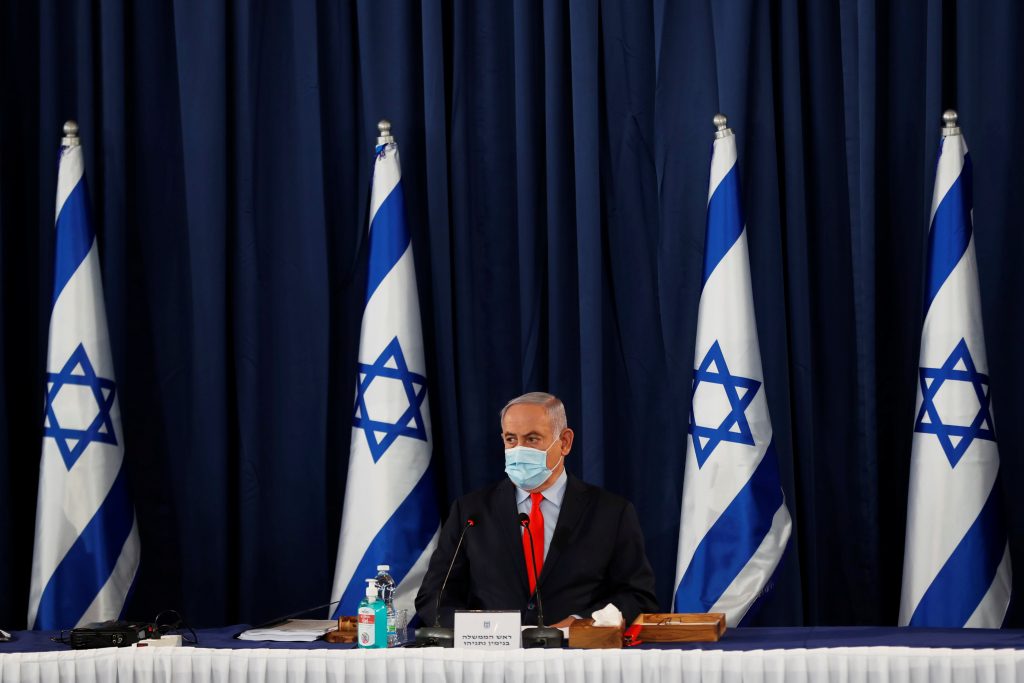 Old ministries made way for the new as the Israeli Cabinet voted on Sunday for broad budget cuts in order to pay for the establishment of six new ministries.

The ministries and their ministers were created to make room for the largest Cabinet in the state’s history — 33 ministers, who account for over a quarter of the Knesset’s 120 lawmakers. It is part of the price the Israeli taxpayer is expected to pay for stability after over a year of interim governance.

The cost of new expanded bureaucracy has been estimated to be as much as a billion shekels ($285 million) over the next three years.

As the Alternate Prime Minister’s Office was approved, Israeli Prime Minister Binyamin Netanyahu‏‏ denied reports that the job would come with an alternate prime minister’s residence. “It’s not true. It didn’t come up and it won’t,” he said.

The cuts amounted to 1.5% of the budgets of all government offices, particularly at the senior personnel level, eliminating about 300 positions.

Among the ministries that lost a chunk of their budgets in the Sunday weekly Cabinet meeting was the Health Ministry.

Not that the Defense and Education Ministries could easily afford to donate 1.5 percent of their funding to the greater cause of financing the Netanyahu-Gantz coalition, 33 ministers strong, either; but given that it had been dubbed an “emergency government” whose top priority was to be handling the pandemic, the cut to Health was enough to raise an eyebrow.

The Ministry lost 23 staffing positions and 4.3 million shekels, according to The Jerusalem Post.

On the other hand,Foreign Minister Gabi Ashkenazi, wielding his newly acquired clout, blocked proposed cuts to the foreign service, which has been chronically underfunded. But he did not succeed entirely: Cuts to his ministry were reduced from NIS 11.5 million ($3.2 million) to NIS 4.8 million ($1.3 million), the Walla news site reported.

Voting on the Finance Ministry’s program to encourage employment in the economic recovery from the pandemic, a turf war surfaced between Finance Minister Yisrael Katz (Likud) and Economy Minister Amir Peretz (Labor).

For every employee called back to work, businesses will receive a grant of NIS 7,500 ($2,141) starting on June 1, according to the plan. An additional grant of some NIS 3,500 ($1,000) will be handed out to employers for employees called back in May. Katz said some NIS 500 million ($142 million) have been allocated for businesses that would put employees back to work.

Peretz objected that this would reward employers who laid off people while penalizing those who kept their employees on the payroll even at a loss, according to Globes.

Katz, in what may become an historic retort, responded, according to Ynet, “There is an alternate prime minister. There is no alternate finance minister. I am the finance minister and I will lead the implementation of the government decisions which I proposed, and which were accepted by an overwhelming majority.”