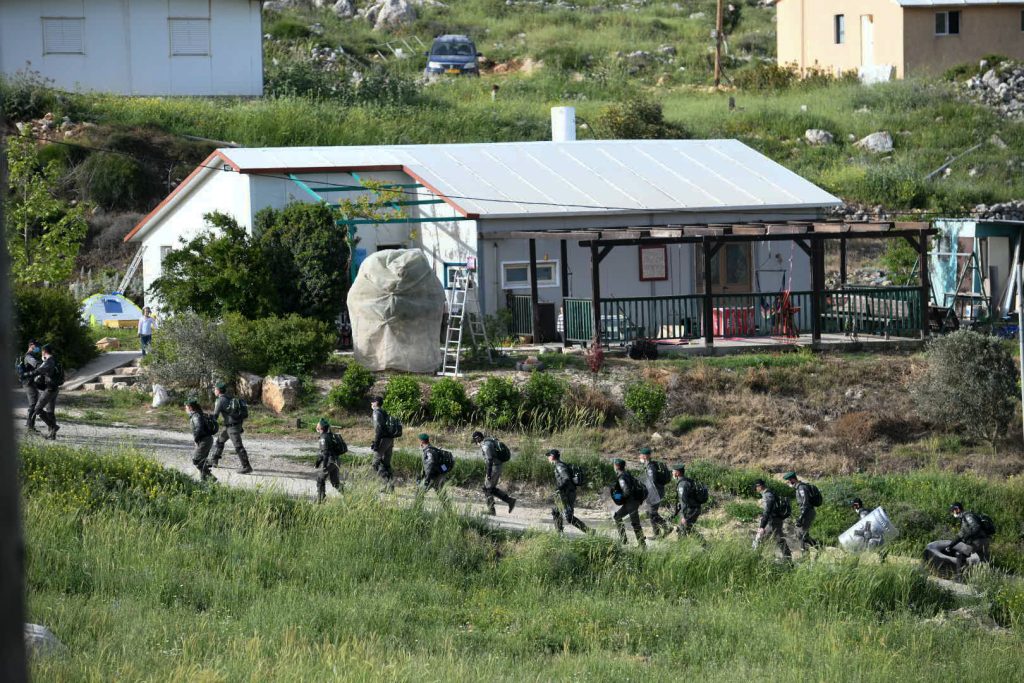 Four of the structures are located in the Kipah Srugah and Tekumah outposts in Area C, and two are in Kumi Ori in Area B, according to a spokesman for the Civil Administration. The buildings in Kumi Ori were rebuilt after being evacuated in January.

The Coordinator of Government Activities in the Territories said that the enforcement activities were carried out in accordance with the procedures and subject to operational considerations.

A security official said, “We expect the residents to act responsibly and without violence. Any attempt to harm the forces who came to enforce the law will be met with a determined and uncompromising response.”

The community of Yitzhar condemned the demolitions and said, “We condemn the demolitions of homes of families as a government ‘price tag,’ and in the midst of the coronavirus pandemic.”

In the middle of the demolition, attorney Itamar Ben Gvir issued a statement saying that his legal assistant Chananel Dorfman had petitioned the High Court to compel the forces to halt the demolitions.