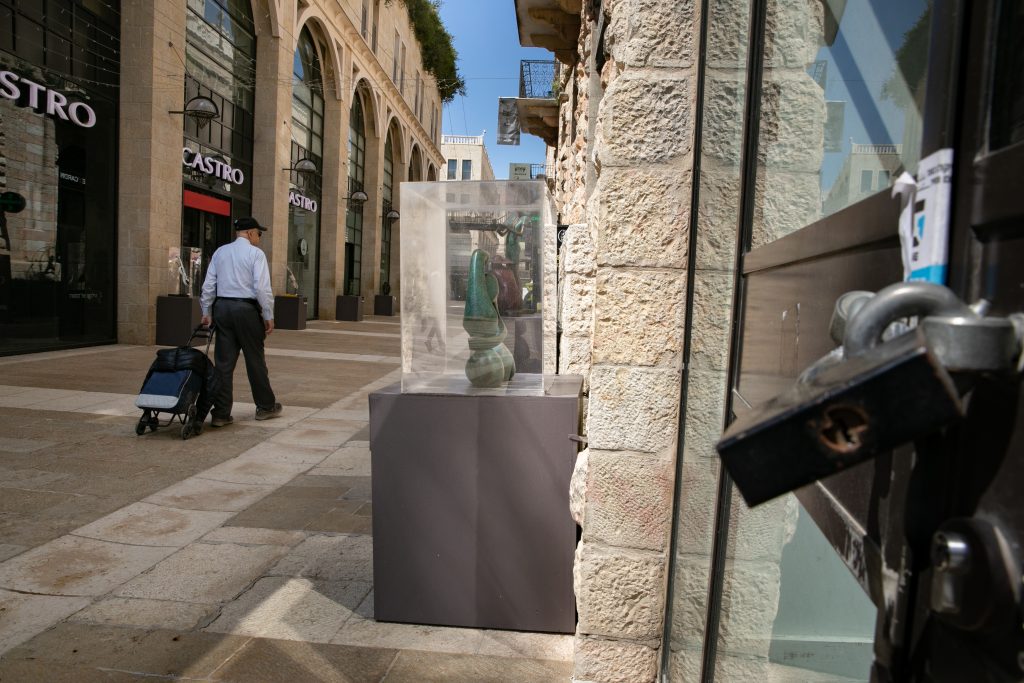 While not instituting a formal ban on leaving the house as several European countries have done, the Israeli Health Ministry on Tuesday issued new guidelines falling just short of an official closure. Parks, beaches, public squares, and other open areas where large numbers congregate are now off-limit as well. In fact, the Ministry said, one should not leave the house if it can be avoided.

Malls, restaurants, coffee shops, and places of entertainment were closed by order of the government Motzoei Shabbos, and now that order has been extended to public open spaces.

Children are still allowed out of the house to play, but that should be done in as small groups as possible. Dog owners are still allowed to walk their pooches, and the Ministry later clarified that the new order did not include going to shul.

Also banned are parlor meetings, even for small groups, and even at home.

Excepted under the new rules are individual outdoor activities, such as running or jogging, or walking in groups of no more than five – as long as participants remain at least two meters away from each other. Although it can’t be enforced, the ministry also recommended that visitors be kept away – including visiting family members.

Speaking Tuesday morning, Defense Minister Naftali Bennett said that it might even be a good idea for grandparents to avoid hugging their grandchildren.

It appeared that Israelis were already largely following those instructions. The Netivei Ayalon company, which is responsible for the Ayalon Freeway, one of Tel Aviv’s main arteries, said that since Sunday, traffic has been down an average of 50% each day. Other roads in the Tel Aviv area, including Roads 2, 4, 5, and 531 experienced similar reductions in traffic.

Prime Minister Binyamin Netanyahu announced further strictures on public gatherings earlier Monday night, among them severely limiting the number of people who can come to work. No more than eight people, or 30% of the staff – whichever is greater – can be in an office at one time, further reducing the incentive and need for people to drive to Tel Aviv.

During the meeting, Gantz was presented with a picture of the situation and Israel’s steps to deal with the virus, as well as the main threats and the national efforts.