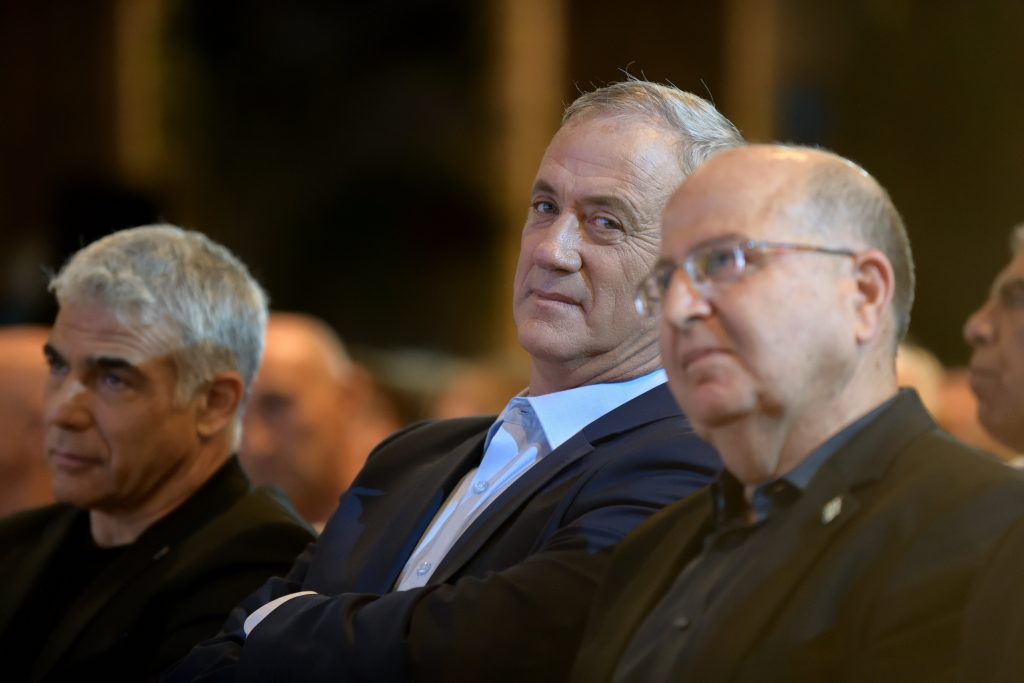 Senior members of the Blue and White party have accused Israeli Prime Minister Binyamin Netanyahu‏‏ of exploiting the coronavirus crisis to set up a dictatorship.

“It could be that it doesn’t really interest you with all the coronavirus in the air, but as of today you’re not living in a democracy,” Lapid informed his online audience.

“The judicial branch was closed four days ago, with an order issued at one in the morning, without anyone knowing about it. The legislative branch was closed today illegally. The speaker of the last Knesset [Yuli Edelstein], who wasn’t chosen for his position, closed the Knesset. Before that he refused a request of a majority of Knesset members — 62 in total — to choose a new Knesset speaker,” Lapid wrote.

His colleague, MK Moshe Yaalon, also issued a warning about the danger to democracy:

“Blue and White will establish as broad an emergency government as possible, even if we start with a narrow government, to save the country. We won’t allow Netanyahu turn Israel into a dictatorship,” Yaalon tweeted.

Answering the opposition, Netanyahu’s Likud accused them of petty politicking:

“While the prime minister is working around the clock against coronavirus, Blue and White MKs and [Yisrael Beytenu chief Avigdor] Liberman are busy with political dealings aimed at carrying out a hijacking of the government with undemocratic legislation,” the party said in a statement.

The reference was to a series of bills that would block Netanyahu from forming the next government due to his indictment on graft charges.

“Instead of showing national responsibility and joining an emergency government, they’re busy with petty politics.”

“Blue and White is again trying to break the rules of the Knesset. They’re behaving brutally and are disconnected from reality out of their hatred for the prime minister,” he tweeted.

Zohar claimed Likud offered to establish 10 Knesset committees to get to work, but that Blue and White refused.

“Likud… is trying to prevent the work of the Knesset. If it isn’t enough that the Knesset hasn’t functioned for a full year, now it also want the new Knesset to do the minimum required work in a time of crisis,” Gantz posted online.

“The moves by Likud are a dangerous precedent for democracy and we’ll fight this with all our strength,” he promised.