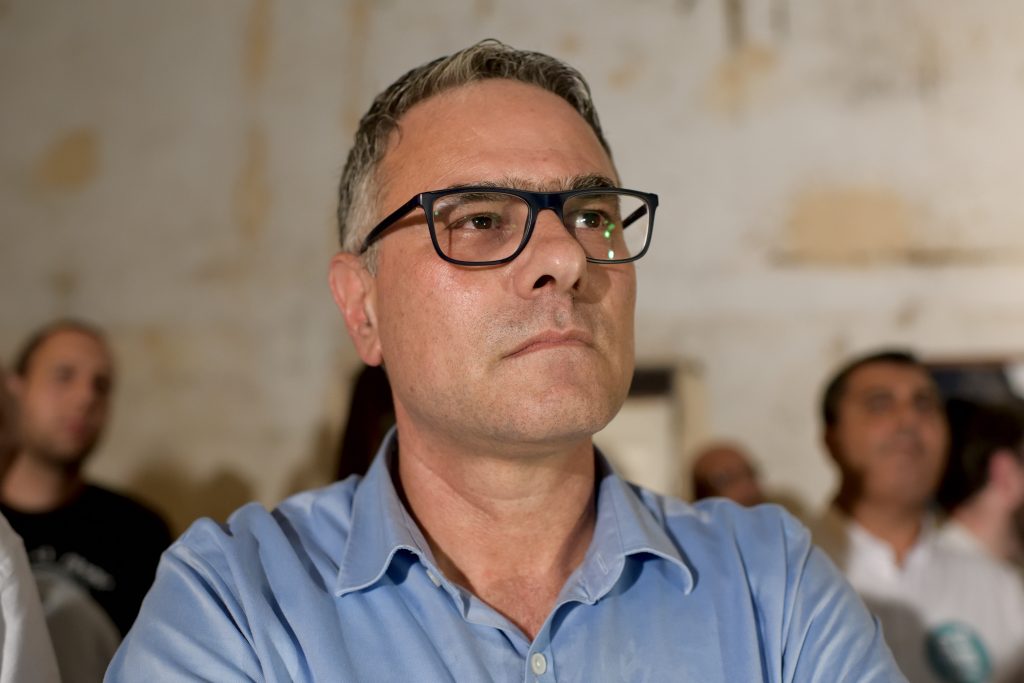 Blue and White leader Benny Gantz made somewhat halting progress toward reaching a deal with the Joint Arab List on Monday.

Gantz spoke with three of the JAL’s four factions: Ayman Odeh of the Joint List’s Hadash Party, Ahmad Tibi of the Ta’al Party and Mansour Abbas of the United Arab List. Balad, the most anti-Zionist of the foursome, led by MK Mtanes Shehadah was left out of the discussions.

JAL chairman Odeh reportedly rebuked Gantz for excluding Shehadeh, and as a result, a Balad representative was invited to join the other three for a meeting with Blue and White negotiators, MKs Avi Nissenkorn and Ofer Shelah, The Jerusalem Post reported.

Prime Minister Binyamin Netanyahu decried the news that “Benny Gantz sent emissaries to Balad to form a minority government dependent on supporters of terror, which would be dangerous to Israel.”

Addressing Avigdor Liberman’s support for a coalition with Arab backing, the Likud on Monday ran an anti-Liberman ad in Russian.

“Liberman is in favor of a left-wing government with [Joint List MKs] Ahmad Tibi, Ayman Odeh and Heba Yazbak,” all accused of supporting terrorism. The ad says. “Say Nyet to Ivet,” calling Liberman by his Russian nickname, Ivet.