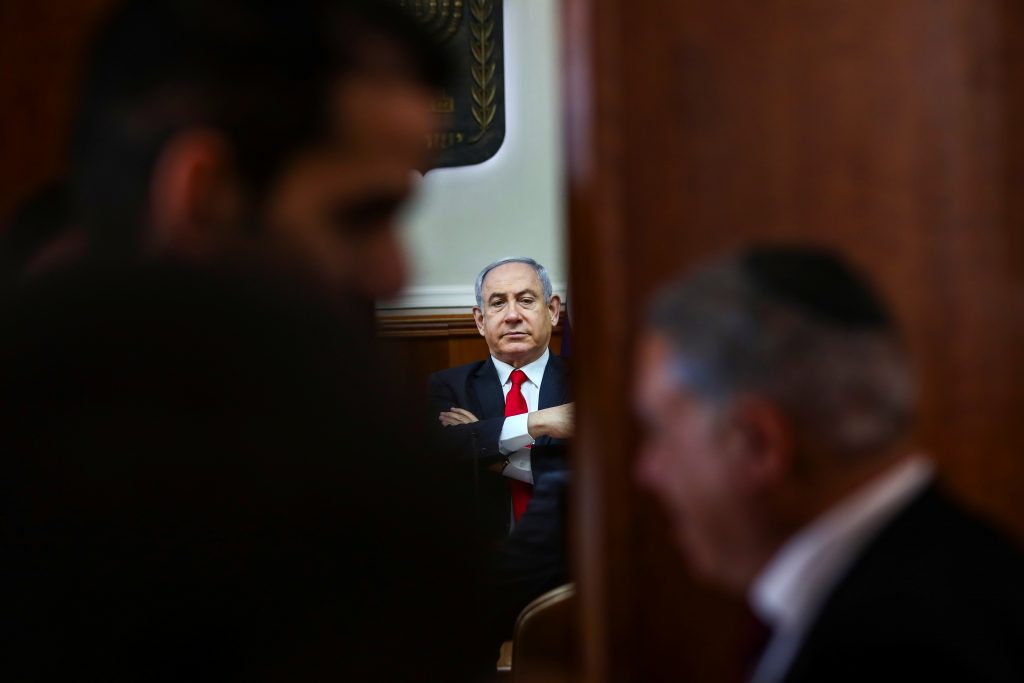 Prime Minister Binyamin Netanyahu’s defense attorneys asked the Yerushalayim District Court on Sunday to delay the opening of Netanyahu’s trial for 45 days, against the backdrop of non-receipt of all the relevant investigative materials.

The prime minister’s trial was set to begin March 17.

According to Netanyahu’s defense attorney, Amit Hadad, the prime minister cannot defend and present his position without receiving all investigative materials, which he has yet to receive. He explained that the request was merely for a technical delay to receive additional materials they had sought from the prosecution months ago.

Attorney General Avichai Mandelblit announced his final indictment against Netanyahu on November 21, but could not file it with the courts until the immunity request process was concluded.